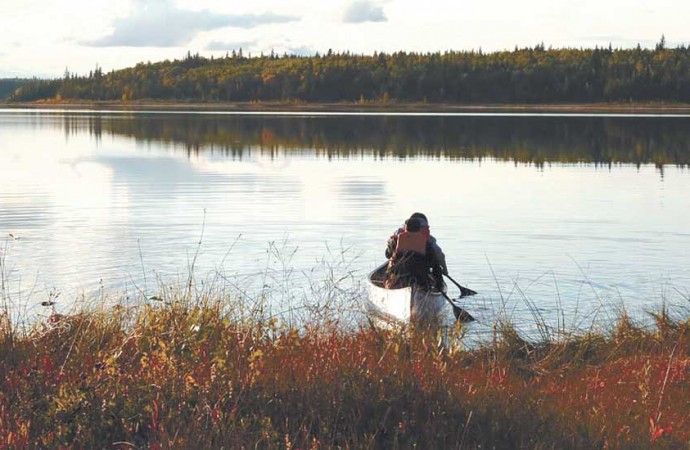 While some post-secondary students started off the academic year with party-filled “frosh” weeks, pupils in the Bachelor of Education Program at Aurora College instead came together for several days of building camaraderie and learning on the land.

Indigenous teachers and those trained through a European-based system hoped to inspire the future educators to infuse elements of traditional learning into their classrooms, in every subject from history to math. 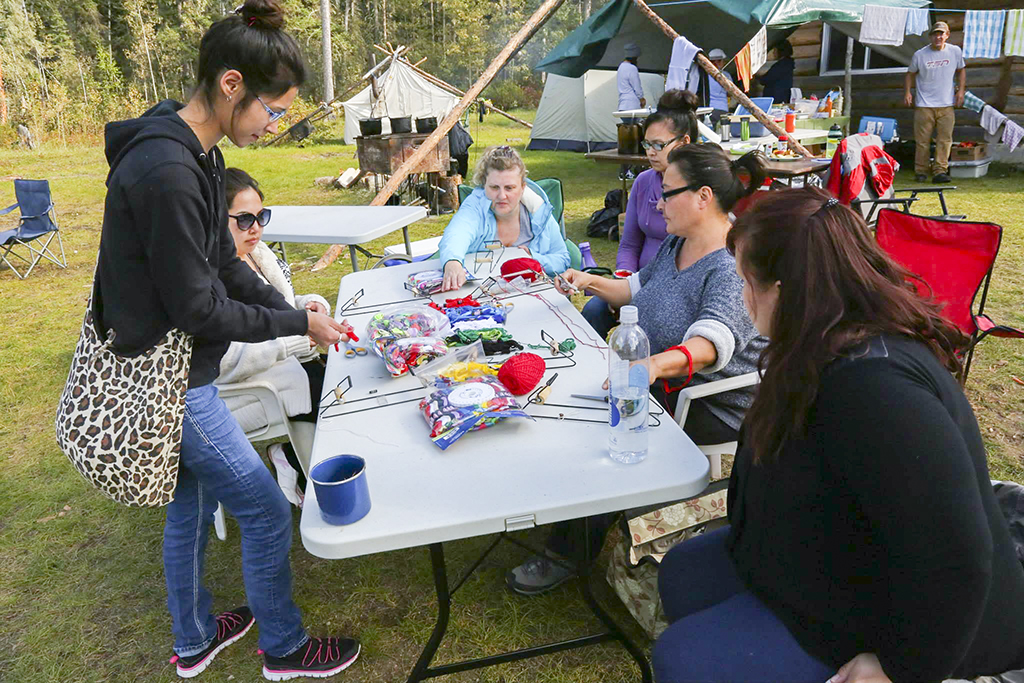 In addition to carrying out the everyday tasks of running a camp as a team, the group participated in a series of traditional activities and discussion sessions with elders from the community. The immersion factor was critical for the teachers, according to former deputy assistant minister for the department of Education, Culture and Employment Pauline Gordon, who has more than 30 years of experience in the field.

“It doesn’t mean that a teacher has to go into a school and isolate themselves, it means they have to go out and make meaningful connections to ensure that they have the proper resources,” Gordon said.

“There’s never, ever one teacher that just can do everything, you need the resources. You need somebody in medicine, somebody (who performs) subsistence harvesting from the area, somebody that knows the legends.” 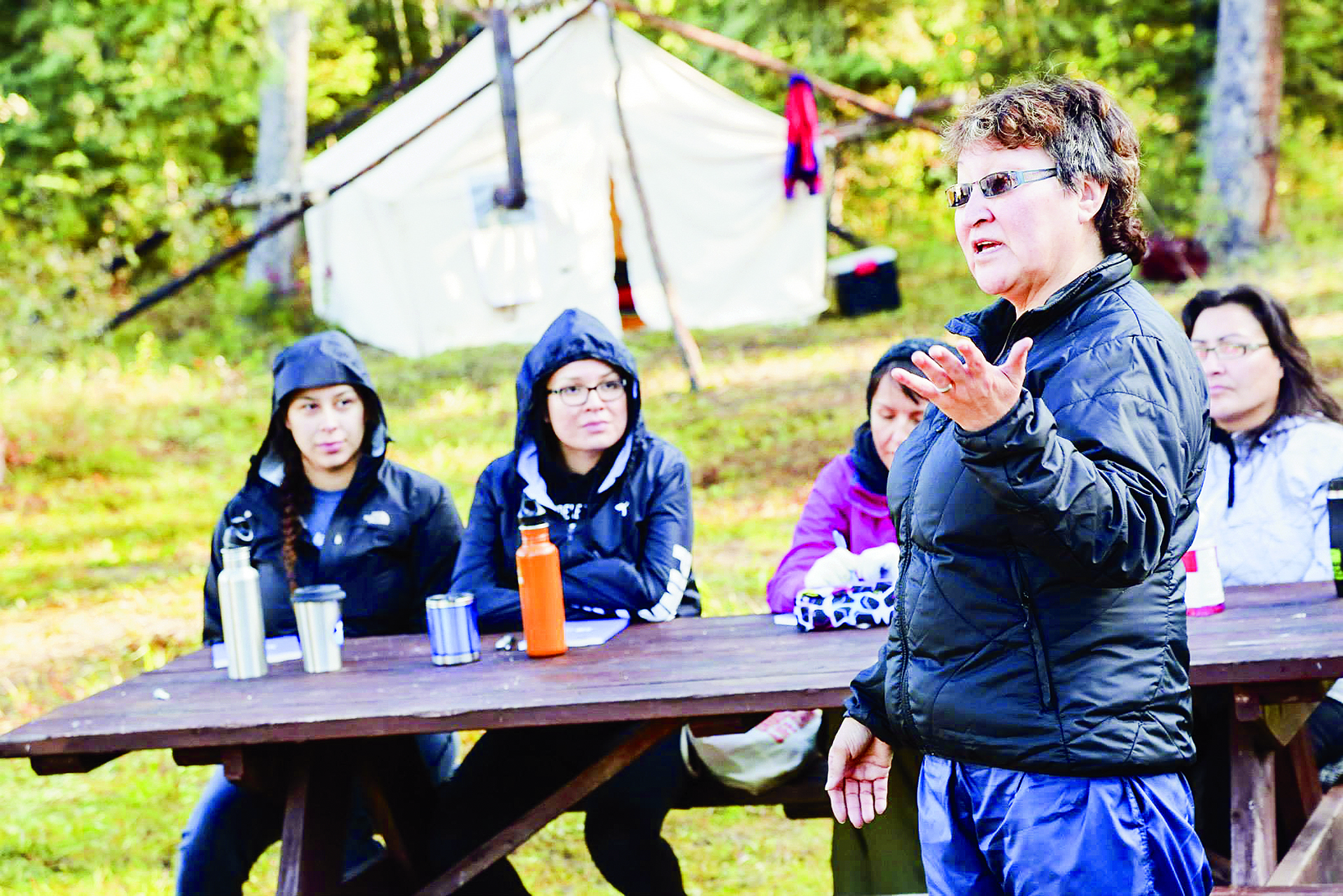 Pauline Gordon, former deputy assistant minister for the department of Education, Culture and Employment, speaks to the importance of infusing Indigenous culture into northern classrooms.

Known for being an outspoken force, Gordon seized the opportunity to inform the new generation of teachers in a manner that was straightforward and holistic.
During one discussion session, she divided the students into small groups, ensuring an elder sat with each. The conversations were tense as topics ranged from the history of Indigenous education before contact with European settlers, to the infamy of residential schools and their intergenerational impacts on families.

Positive developments were identified as well, with Gordon drawing much attention to the Dene Kede and Inuuquatigiit curriculums, created to cement Dene language programming into NWT classrooms.

“I’ve only been here for a few years and I’ve already learned a lot more than I had known prior to this week,” said first-year student Margaret Tarwell, originally from Petawawa, Ont. “Reading (about Indigenous history) in a book is totally different from hearing it from somebody who was actually there and actually experienced it.” 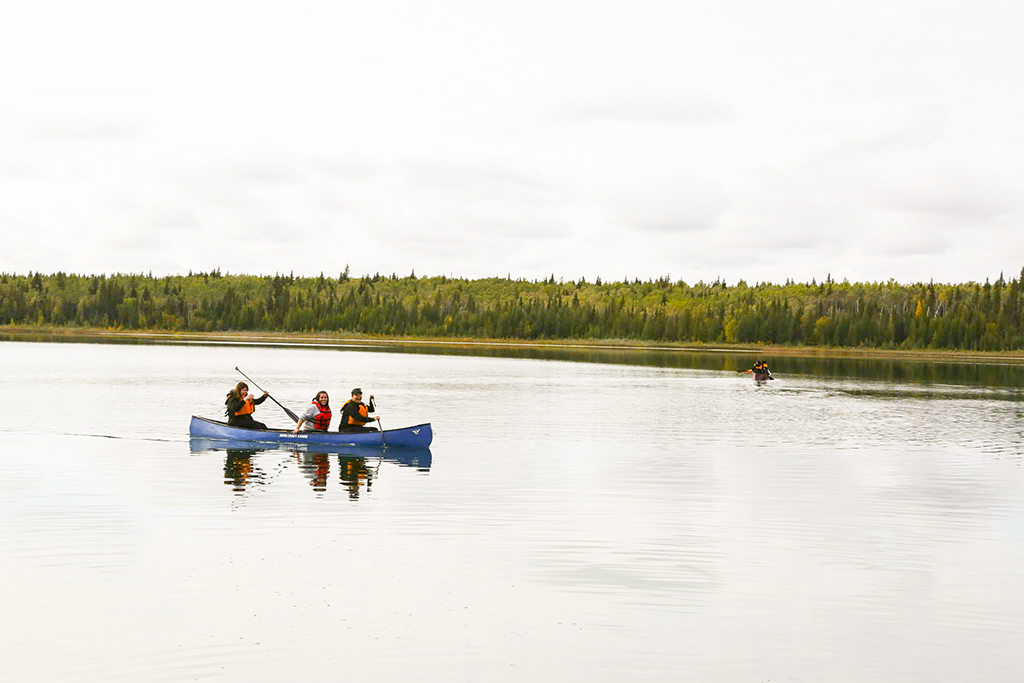 Campers take a brief reprieve from their lessons while hitting the water in a canoe.

For the first time in the annual camp’s history, students enrolled in all four years of the program were invited to attend.

“I haven’t gone to camp in a long time and I like learning about a traditional way of life and activities,” said Tim Gargan LaCasse, another first-year student from Fort Simpson. “Being here, maybe it’s just ingrained into my genetics or maybe it’s because I’m Dene, but it’s very peaceful and tranquil. The stuff that we’re talking about we talked a lot about in our social studies class, it’s things that I already know. It’s a good reminder and it’s eye opening.”

As the students moved on to snacking on country foods and taking trips into the surrounding forest to identify medicinal foliage, each activity was linked back to the importance of including culture in everyday lessons.

“There’s some healing that goes on continuously between a government system and people’s territory, the first peoples,” Porter said. “We need to ensure that those steps are taken for the survival of the territory. Unless we do that, our next generation is not going to be in as good a place as they could be.”