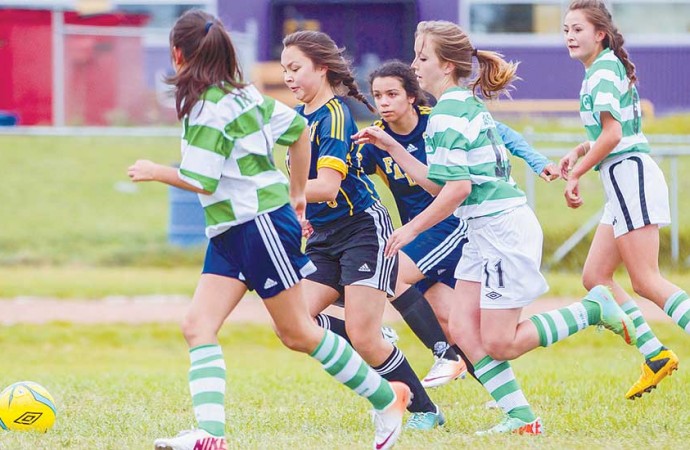 The NWT Outdoor Soccer Championships kept the three Hay River soccer pitches filled with action on the weekend as players from at least eight communities descended on the South Slave hub town.

“There were lots of close games and really good competition,” said organiser Kelly Webster who, after a great deal of work, was happy with the way things went.
She said the final game with the senior girls was particularly exciting. Tied at full time, it went into overtime, then to a shootout with five shooters each. That solved nothing, so the teams went into sudden death where the first goal wins. In a Yellowknife school duel, Sir John Franklin finally defeated École St. Patrick to take the crown. 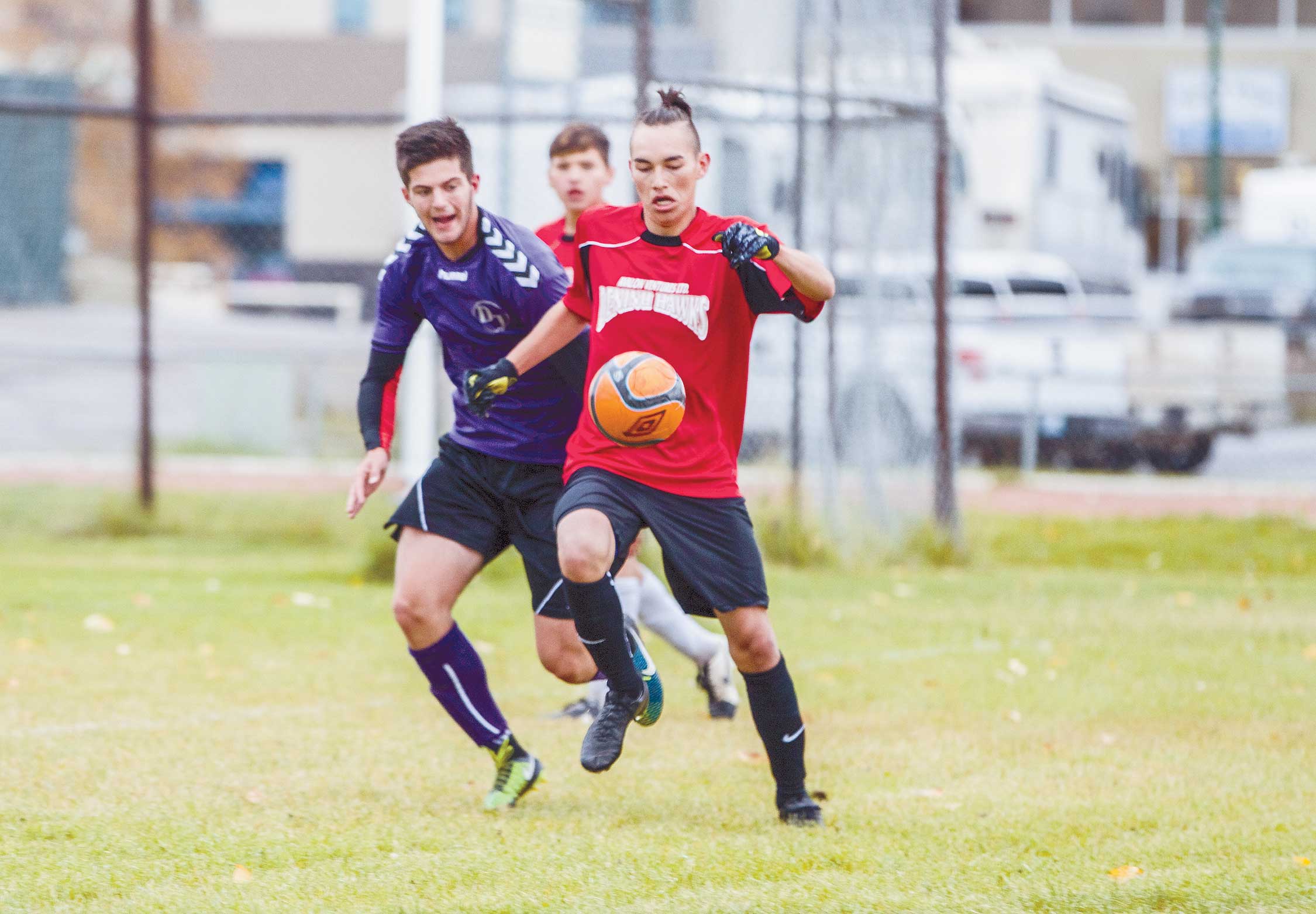 The boys’ final was similarly tight with Deninu School from Fort Resolution winning over the hometown team from Diamond Jenness.

Webster said the tournament is always held the third week in September, which is a bit of a challenge. With school just underway the organized outdoor soccer season is very short, plus other teachers are focusing on getting their own school year started.

Roger Vale, the Fort Smith coach and instructor at PWK High School, said the tournament is called the NWT championships but it is more of a school event. He said in cases where schools do not have enough bodies to make up a team in a category, they will share atheletes with other schools. 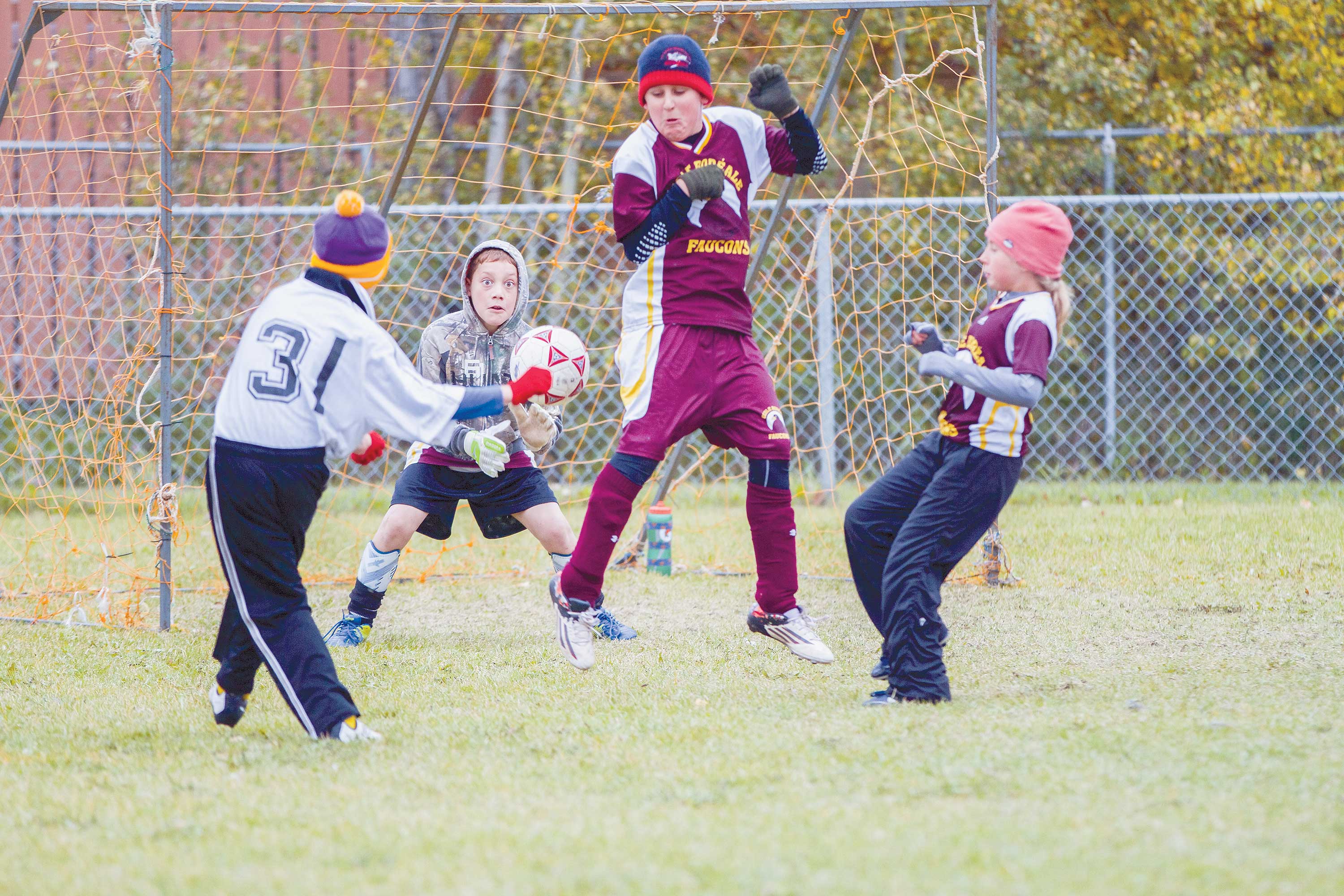 Kaldin Hendrickson of École Boreal makes a fantastic save against a JBT player, while Cash Rewegan and Helen Ivenko McKay take defence.

“It is more about participation,” said Vale.

Communities with entries included N’Dilo, there for the first time, Behchoko, Fort Liard, Fort Simpson, Fort Resolution, Fort Smith, Yellowknife and Hay River, plus individual athletes from other communities. Students were housed in school gymnasiums in Hay River during the event. 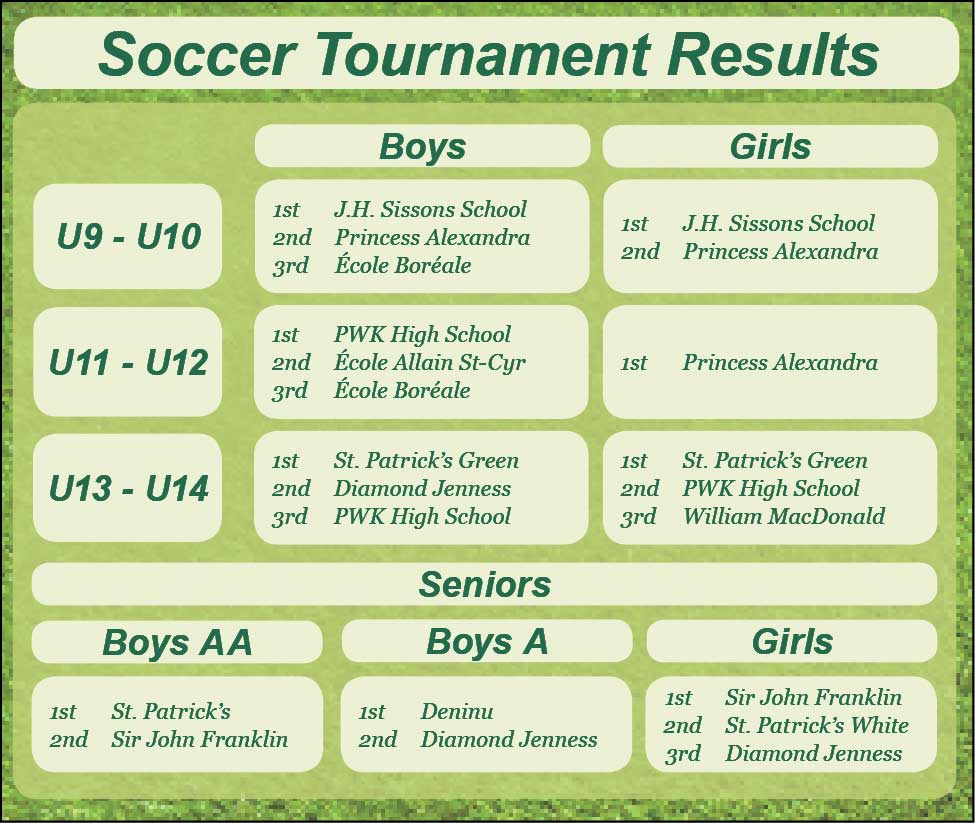