‘First-ever’ day on the land for Aurora students 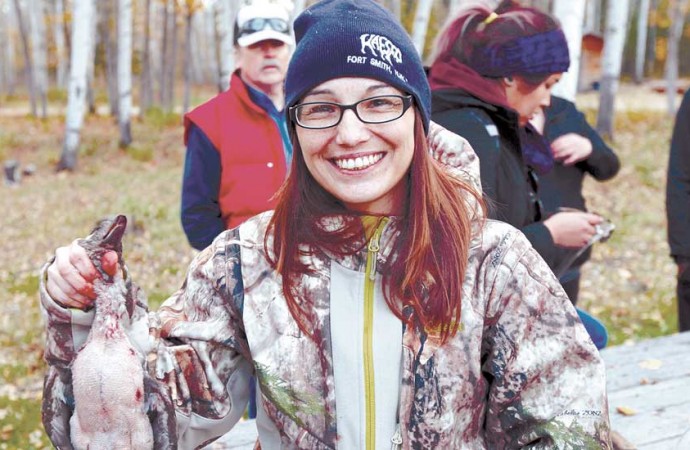 Aurora College student Tina Bruha holds a duck she learned to pluck at the school’s first-ever day on the land last week.Photo courtesy of Aurora College.

Last Thursday marked the first-ever day out on the land for what may be Aurora College’s most diverse program, but for many students, it was like coming home.

That was the point according to Sheila Wiltzen, coordinator of the two-semester developmental studies program for Thebacha campus students upgrading their skills for work or to prepare for a post-secondary program.

About 60 of the program’s 70 students spent Sept. 24 at Thebacha Cabins making bannock and duck soup, smoking moosemeat, learning about traditional medicinal plants and even throwing axes.

The event was timed around the schedule of Robert Grandjambe, a Fort Chipewyan hunter who demonstrated how to dress a portion of a moose carcass.

“He went out and hunted the moose specifically so he could share his knowledge with the students,” Wilson said, adding the wisdom was flowing both ways. “We learn as much from them as they do from us. It’s wonderful to get out of class and out on the land and to share the expertise of the students, because they have a lot of knowledge. We want to let them shine.” 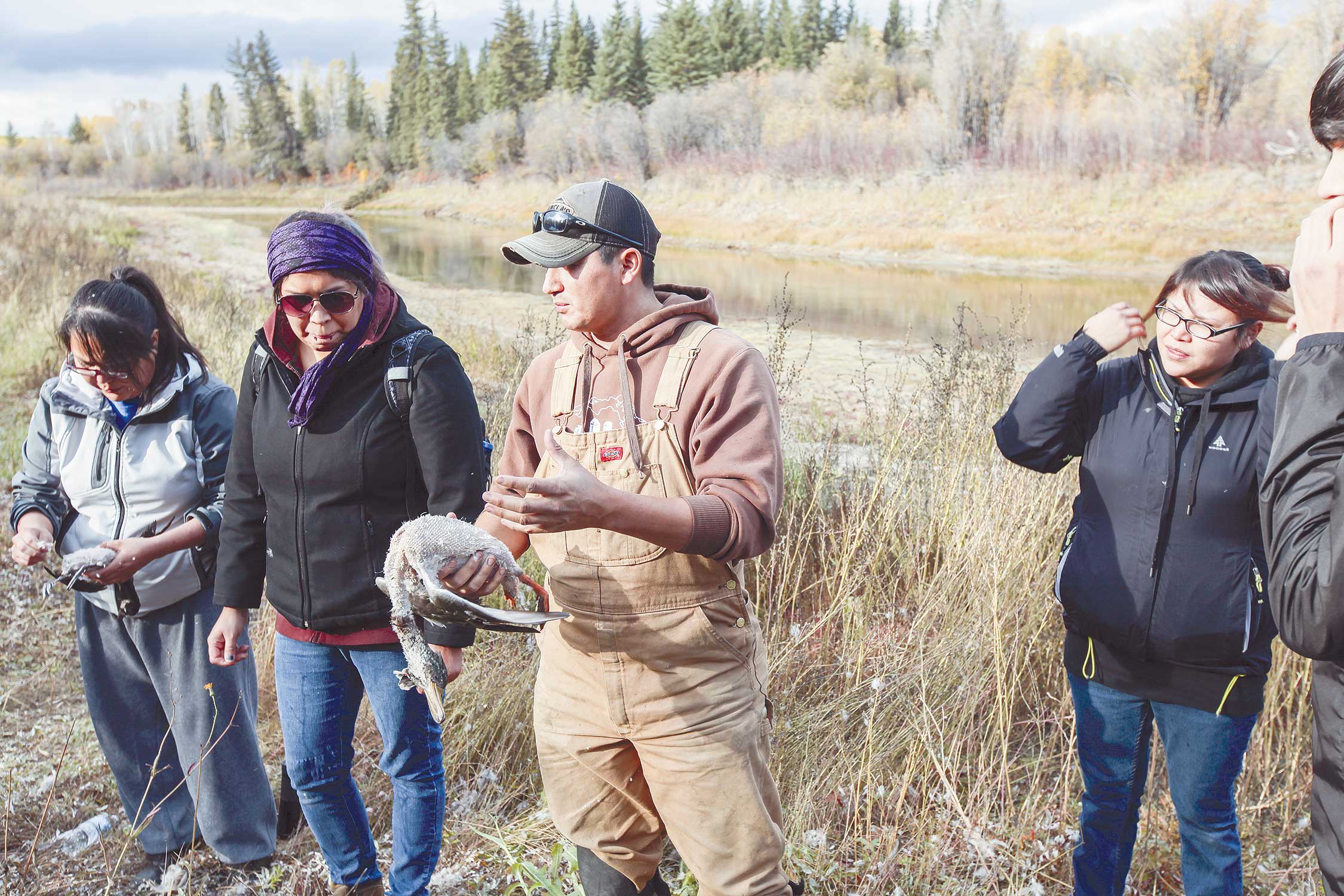 Allowing the students to socialize and get to know one another in a more relaxed environment so early in the school year was a priority, but there was real schoolwork going on. Once back in the classroom the students will be expected to write “reflections” on their experience at Thebacha Cabins, for starters.

“The medicinal plants, for example, especially with the students taking biology, that’s part of the curriculum,” Wilson explained. “Moose is a traditional meat and it’s hunting season right now. All this experience can be used in the classroom in one way or another.”