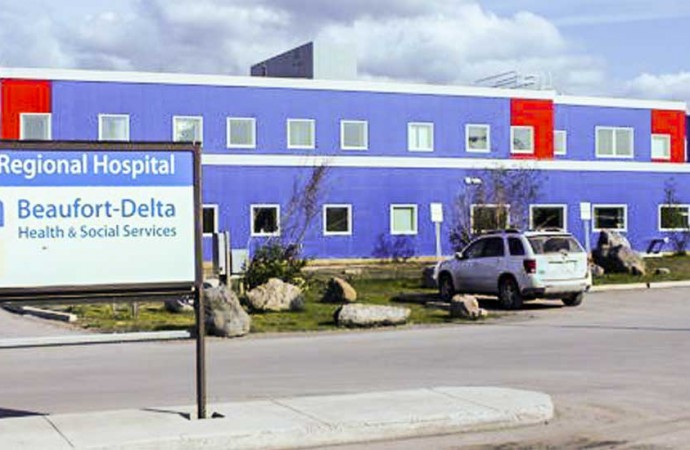 Rudy Cardinal said “everything stopped” when he tried to fill his prescription for Harvoni.Photo: Medicine North of 60.

Rudy Cardinal describes a smile so big you could still hear it over the phone from 1,400 kilometres away.

The Inuvik man recalled stepping off the plane from Edmonton on April 16 of this year, sure he had a prescription for a drug that would rid him of the Hepatitis-C he contracted after getting a blood transfusion at the Inuvik hospital in 1983.

“They could all see it, it was a wide grin. You’d notice it,” Cardinal remembered of his return from the Alberta specialist. “Everyone was as happy as I was. I haven’t smiled like that in 32 years.”

The smile fell off his face when he faxed his prescription for Harvoni, which can effectively cure Hepatitis-C in three months, to the local drugstore. Contrary to what the Edmonton doctor had said just hours earlier, Cardinal was told it wouldn’t be covered.

They tried having the doctor recall the prescription and make it for smaller amounts in order to fit into the funding formula. No dice.

Those 90 pills promising to give him his life back cost $150,000, and much to his surprise, the very government that infected him was now refusing him the cure.

He’s “looking for a good lawyer” and plans to sue the GNWT for $150,000. He’s also considering suing for lost wages.

Cardinal said on Wednesday, Sept. 2 that Inuvik Boot Lake MLA Alfred Moses had reached out and set a meeting for that afternoon. He wasn’t sure what to expect, but it gave him a ray of hope.

Moses couldn’t be reached before the print deadline, which was early due to the long weekend.

Cardinal received four units of blood while being treated for a burst stomach ulcer after vomiting for days.

An estimated 2,000 Canadians were infected with HIV and as many as 30,000 more with Hepatitis during the tainted blood scandal.

Governments, the Red Cross and insurance companies paid out billions in compensation starting in 1989.

With just a 15-year life expectancy, Cardinal estimates “90 per cent” of those patients have already died.

“I’m lucky, my (disease) is in remission now, but I still have all the daily symptoms,” he said, “and there are a lot of unknowns and untruths about the disease. A lot of people I talk to don’t have knowledge of the tainted blood scandal, and others think I’m infectious and dangerous to them. I’m sad and disappointed so I went to the press to tell my story.”

Perhaps ironically, it’s the excellent condition of his liver that is ostensibly preventing him from being cured. Cardinal said the government uses the amount of scarring in the liver to decide who is covered.

As good as his liver may look on an X-ray, it isn’t helping the misery Cardinal said he lives in. It doesn’t help him with the “bad, bad, bad, bad” hangover he wakes up with every morning without a drop of alcohol in his system (he quit drinking and smoking after his diagnosis).

It doesn’t help him drag himself out of bed, or when he’s trying to force down his one meal a day – not with the first try, not with the often necessary second and third.

He said his medical marijuana license helps with appetite, and to make him tired enough at night to get five or six hours of sleep.

He said he was doing $500,000 a year in business with his auto shop before his symptoms forced him to sell it.

“I still have pretty good common sense in my head so I try to stave it off,” he said. “You want to just be left alone when you’re sick, but I’m not going to give up on life. My mom survived cancer and she wasn’t supposed to live, either. We’re survivors.”

The Journal reached out to Health Minister Glen Abernethy, who didn’t provide a statement before press deadline.