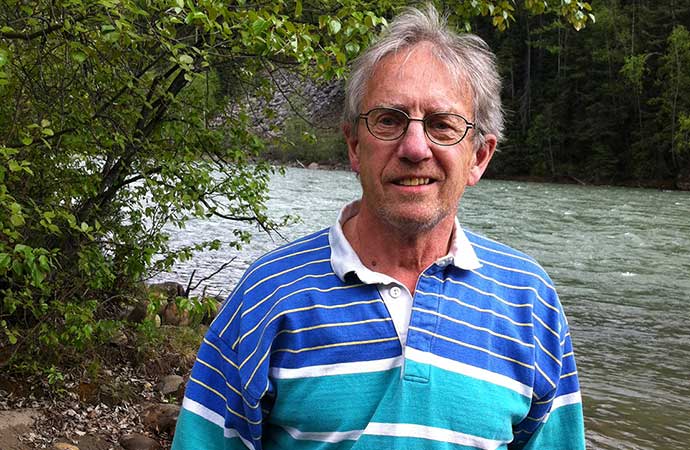 Dr. Peter Boronowski is not your run-of-the-mill, checklist-checking physician. He is a problem solver.

“He’s the kind of doctor you always want caring for you,” former Aurora Research Institute director David Malcolm said last week. “He doesn’t just go through the checklist or ask what vitamins you take, then take your blood pressure. He gets to the root of the problem and decides what needs to be done to ensure you’re well in the future. He’s a real doctor.”

Now Boronowski, who has been practicing in Inuvik for eight months out of the year for the past decade, has a real brain teaser in front of him and his career is on the line.

Suspended from obstetrics and anaesthesiology duties at the Inuvik Regional Hospital where he was medical director and chief of staff for three years, and with a possible appearance before the Northwest Territories medical credentials committee (which he sits on), Boronowski is trying to put a jigsaw puzzle together in the dark with no idea how many pieces there are.

Boronowski said neither the Beaufort Delta Health and Social Services Authority nor the chair of the credentials committee, which decides who can and cannot practice medicine in the NWT, will show him the content of the complaints against him.

The most information he could get from health authority CEO Arlene Jorgensen or medical director Nadia Salvaterra since the saga started in June of this year is that there are complaints about his professionalism.

“I am simply unwanted at this point and I don’t know what the reasons are,” he said. “They just drafted a resignation letter for me to sign. I can’t go anywhere with this hanging over my head.”

The self-described Inuviker is now in a state of limbo, loath to leave the town he calls home but with his house already listed for sale.

Asked about previous complaints, Boronowski said he’s named in a lawsuit filed by a Fort Good Hope man who had a blade fragment removed from his back about three years after several stab wounds were sewn up by a nurse. Boronowski gave the nurse advice over the phone and believes his name will be dropped from the suit since he never laid eyes nor hands on him.

He said more recently he had been instructed by the health authority not to teach students how to deliver a baby from an exhausted mother using vacuum forceps and in November, to stop showing how to intubate during anaesthesia. He found both concerns bizarre since he supervised the student directly while teaching vacuum forceps and intubation is an essential part of anaesthesia.

“I said if you don’t allow people to learn that, you’re dumbing down the program and students won’t come because ‘you just stand around in Inuvik’,” Boronowski explained.

He is hopeful an investigation by the British Columbia College of Physicians and Surgeons will get to the bottom of things. A college spokesperson told the Journal via email that as a licensed B.C. physician Boronowski was required to inform them of any change regarding his practice in any jurisdiction where he holds a license, “which includes any cancellation, suspension or restriction on his ability to practise medicine.”

“As is normal process, the College will be in contact with Dr. Boronowski and may also be in touch with the licensing body in the NWT to seek further explanation on this situation.”

The Beaufort Delta Health and Social Services Authority did not respond to the Journal’s request for comment before print deadline.

Boronowski is as concerned for the patients he is leaving as he is for his own ability to practice medicine in the future. He said he left so abruptly he never had the chance to write a half-page summary on each patient’s chart, a standard practice when one doctor is handing a patient off to another.

“Even when I’m gone, people need their hospital, they need trust in their hospital,” he said. “So it’s been painful. I didn’t go to the media, they came to me and that’s because the community is so devastated. People are saying they don’t want to see another doctor.”

Malcolm has been a patient of Boronowski’s for about a year, and a friend for much longer. As he would in the exam room, he agrees with his doctor’s read of the dynamic in Inuvik. The engineering consultant said the town is in a state of “shock” and qualified his alarm by noting there are good doctors in the NWT, but attracting a physician with his experience, qualifications and demeanour to the far north would be challenging.

“I would say they’re making a terrible mistake,” Malcolm said. “I don’t have a clue what the complaints are or who made them but they should do an about-face, apologize and welcome him back. It is an absolute shame.”