Paddlers follow the ‘path of blue gold’ from Oka to Inuvik 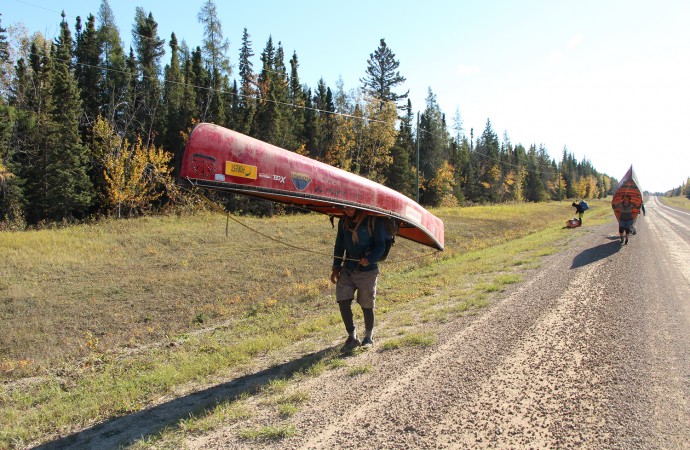 Four voyageurs trace the route of their ancestors as they portage 27 km from Fort Fitzgerald to Fort Smith.Photo: Dali Carmichael

Coming soon to a Mackenzie Valley community near you! Six stalwart Quebec river runners, who call their journey “Les Chemins de l’or bleu” or “The blue gold paths,” are paddling the length of the NWT as the final leg of a long journey and hope it to make it to Inuvik by Oct. 20.

“Gone are the 40-kilometre days, even the 50-km days, now we are looking at 60-km days,” said Annik Shamilan, wistfully. “We’re on a tight schedule because of the weather, it’s starting to get chilly. We’re trying to beat the ice, basically.”

Since putting in near Oka, Que. in the spring, the group of committed canoers have paddled their way around the country, crossing major bodies of water through the Ottawa River, Lake Superior, Lake Winnipeg en route to the North.

Their biggest test, though, may still be ahead of them.

After portaging the Slave Rapids, they left Fort Smith on Sept. 18, a brisk sunny fall morning. However, they are headed into winter weather and face the challenge of fall wind storms. On the day they left Smith, there were gale warnings for Great Slave Lake and wind warnings up to 40 km per hour along the length of the Mackenzie Valley.

“We went from having some fun in the water because we were sweating too much and in one month we started to wear our big coats and have some ice on our stuff in the morning,” said Julien Bilodeau.

So why paddle almost 7,000 km across the country and face these upcoming, frigid challenges? 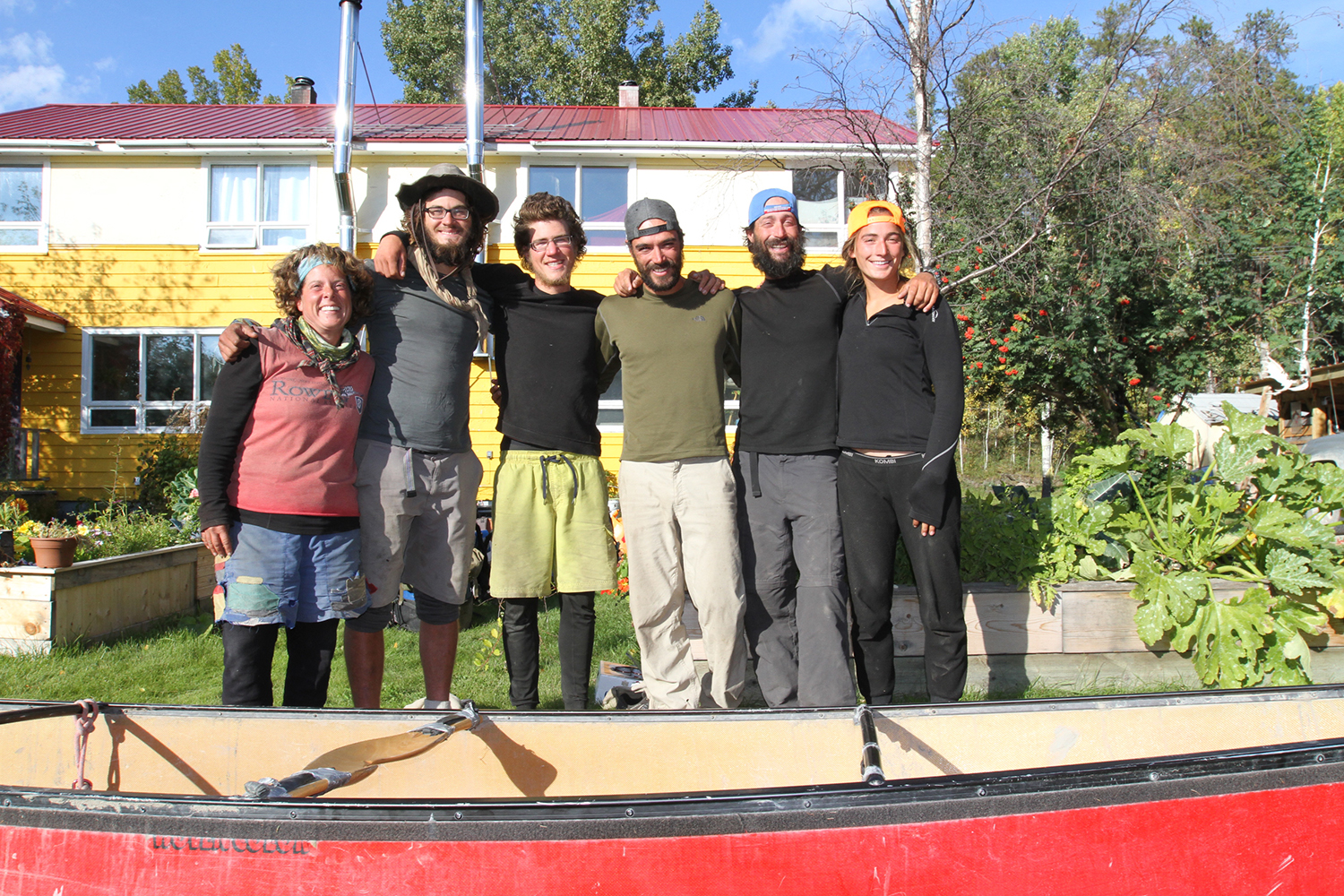 Specifically, they want to follow in the waterways of explorer Alexander Mackenzie.

Throughout their journey, the group said they had been shown kindness from friends and strangers alike, everything from surprise bottles of scotch to rides across what would otherwise be extensive stretches of portage route.

Headstrong, they tried to stay true to the voyageur style, with most of the group walking in the same steps and paddling the same waters as their ancestors.
“We’re trying to do it by ourselves the most we can, that’s why we’re walking the 27 km,” Bilodeau said, taking a small break in his trek from Fort Fitzgerald to Fort Smith to speak with the Journal.

To follow the crew as they head north, find them on Facebook at Les Chemins de l’or bleu.