The Bucket List: Canadian Towns You Must Visit – from www.EscapeHere.com 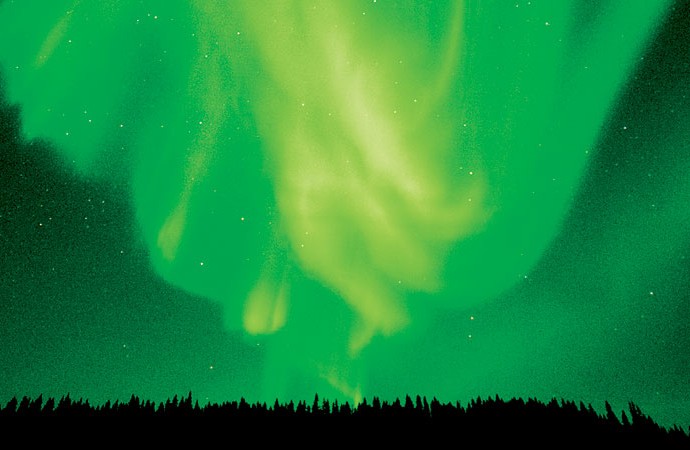 1. Fort Smith, Northwest Territories: Fort Smith deserves a place on the bucket list if for no other reason than it is a gateway to the remote, spectacular World Heritage Site, Wood Buffalo National Park. The northern boreal plain and forest is home to endangered species like wood bison, whooping cranes, peregrine falcons and seemingly endless acres of pristine natural beauty that are a paradise for the outdoor enthusiast. Its name in Chipewyan is Thebacha or ‘beside the rapids’, and those rapids on the Slave River are a major attraction for white water buffs today.

2. Rankin Inlet, Nunavut: In Inuktitut, it’s called Kangiqtiniq (??????), meaning ‘deep inlet’. It has become the gateway to the territory for civil servants, mining execs, scientists and adventure travel aficionados, hence the cell phone service and golf courses not common to the rest of the region. There is a thriving Inuit art scene, especially in ceramics and carving. For exploring the stunning, pristine Iqalugaarjuup Nunanga (‘the land around the river of little fishes’) Territorial Historic Park has hiking, fishing and fauna that you won’t see south of 90 degrees north. There are also habitations and graveyards from the 13th century. To celebrate spring Pakaluk Time there is a festival which includes music, dancing and the famous, unique Inuit sport competitions.

3. Dawson, Yukon: You can still pan for gold and have the famous Sour Toe cocktail. For a more satisfying taste – attempt to make it yourself! It was parodied by a Dawson banker named Robert W. Service in The Ballad of the Ice-Worm Cocktail, a story of a gullible Englishman who downed one with great trepidation and comic results. The romance of the Gold Rush, even more than a century come and gone, remains. Such was the transient wealth, it was called the Paris of the North. Heritage buildings from its 15 minutes of wealth and fame abound. And yes, you can see the can-can girls at Gambling Gerties, but it’s not a one-trick pony. Cruise the Yukon River and/or hike 1,700 feet up the Midnight Dome and take in the views of it and the Klondike Valley. Parks Canada has a nice tour from Crocus Bluff to Service’s cabin in the hills, conducted with excerpts from his legendary poetry.

4. Nelson, British Columbia: For a town of under 10,000 people there is a whole lot going on in Nelson. The skiing in the Kootenay Rockies is sensational. When it’s time for water skis, Lake Kootenay offers any activity you want on and under the water. Thermal and natural baths are less than an hour away, as is the beginning of the province’s fabulous wine country. Nelson is something of an artistic community with a surprising cache of Victorian, Queen Anne and Beaux Arts architecture. The town website claims more restaurants per capita than San Francisco. It also likely has more hippies per capita as the counterculture is bred by American draft dodgers during the Vietnam War and continues on today.

5. Legal, Alberta: A proud little town whose website says it “puts unity back into community.” It’s close enough to be considered a suburb of Edmonton, but it retains its separate identity with its old rural charm intact. Still bilingual, it was founded as a French-speaking settlement in 1894, before Alberta was a province and less than a decade after French Canada’s champion Louis Riel was hanged for treason. The stop signs still say ‘Arrêt/Stop’. Legal is renowned for its 28 French murals and its summer Fête Au Village, or Town Festival.