What is IserveU? Depends on which Yellowknifer you ask 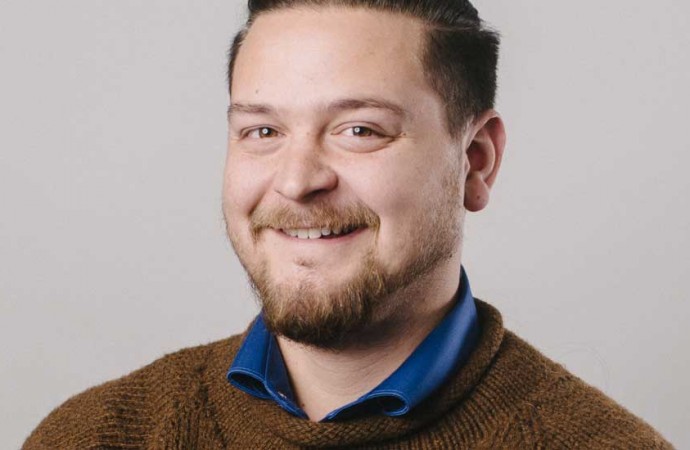 One of the founders of IserveU, Dane Mason, is running for Yellowknife city council on Oct. 19.Photo courtesy of Dane Mason.

A cadre of Yellowknifers, council candidates among them, is drawing attention with a new piece of software called IserveU.

A powerful new tool for public engagement, the future of democracy or the fast-lane to its erosion are all possibilities for the software designed to crowd-source opinion on municipal issues in the capital, depending on who you ask.

With IserveU, registered Yellowknife voters can sign up and take part in instant polls on municipal issues. Councillors who have “signed on” agree to vote according to the poll result, if there is a clear majority and enough people have chimed in for the vote to be relevant.

We use it as an engagement tool,” Dane Mason, a council candidate who has worked on the project since its inception. “It’s a way to get more varied opinions. We still have the chance to say, ‘this is how we are going to vote.’”

Two other council candidates, Rommel Silvario and Marie-Soleil Lacoursiere, have signed on.

“What they’re trying to do is talk to every candidate,” Silvario said. “It’s not for a few, it’s for everyone who wants to join.”

Everyone is connected in some way, Yellowknife is a small place. That’s why I think this has the potential to be successful.
—  Yellowknifer Jaimee Imrie

Mason said there are 1,400 people signed up and they are in the process of verifying addresses – you have to be a Yellowknife citizen eligible to vote in the city to join. More than 700 have been verified so far. He said the IserveU volunteers and employees have been getting a positive response from “70 to 80 per cent” of the people they meet out on the hustings.

One of those people is student Jaimee Imrie, who said people her age have been disenfranchised by the political process. “I think that IserveU is almost like the wave of the future,” she said via Facebook messenger. “Our current voting system is antiquated and not usually representative of the populations the politicians serve; at least with this system there is a modicum of accountability that is backed up by actual data,” she wrote. “It’s really only a matter of time before democracy becomes ‘e-democracy.’”

She admitted she is “good friends” with IServeU founder Paige Saunders.

“Everyone is connected in some way, Yellowknife is a small place. That’s why I think this has the potential to be successful.”

The movement has also drawn criticism. Yellowknife Mayor Mike Heyck told the Journal last week he wonders what the upstart programmers are trying to fix, exactly.

“While I think it’s an interesting concept, I would say to a considerable degree and probably more so than ever over the past three years, we’ve really reached out to the community in a number of avenues to gauge opinion, get feedback and to have real face-to-face conversations with people about what’s important to them and where they think the city should be going,” he said. “I’ve seen many times where an issue will come before council and each and every councillor and myself as mayor will reach out to residents either in person or already online through social media to gauge public opinion on an issue, but decision-making at the local government level is more than simply public opinion, there’s research and analysis (council has) to do.”

Incumbent councillor Rebecca Alty was one of just two incumbents running for reelection who responded to an email from the Journal last week. She did not directly answer a question on whether she would commit to respecting the will of the IserveU community.

“I think it can be used as a tool in decision-making, but it shouldn’t be the one and only tool to make a decision,” she wrote in an email. “Sometimes you need to stand up for a minority group, and with this system, majority always rules. Edmonton recently passed a by-law where all of their future municipal buildings will include gender-neutral bathrooms. If this was voted on under IserveU, and the majority voted against it, as a councillor, I would like the opportunity to still look into this issue further.

Her colleague Neils Konge was more direct (like most of council, both are seeking reelection), expressing concern the system would not work because not enough people would take the time to become properly informed.

Would he sign on as a councillor and respect the virtual poll?

According to Inuvik native Dr. Stephanie Irlbacher-Fox, adjunct professor at Carleton University’s School of Public Policy and Administration, the IserveU system is being developed in a jurisdiction with voter turnout rates well above the national average; 49 per cent of eligible voters cast a ballot in the last Yellowknife municipal election, in the last territorial vote, 55 per cent.

“The problem clearly is not so much accessibility of our representatives, or availability of electronic voting opportunities,” she wrote on the Northern Public Affairs blog on Sept. 22. “It is more likely apathy, or perhaps lack of interest in participating in civil society, or unwillingness to take up the responsibilities of citizenship, such as volunteering, and voting.

“Can IServeU rescue us from our own apathy? I sincerely hope that at the very least, IServeU will motivate greater political connectedness – at least a virtual connectedness – not just between voters and representatives, but between citizens. Because if it doesn’t do that, I fear it will render our democracy even weaker than it is now.”

– with files from Dali Carmichael