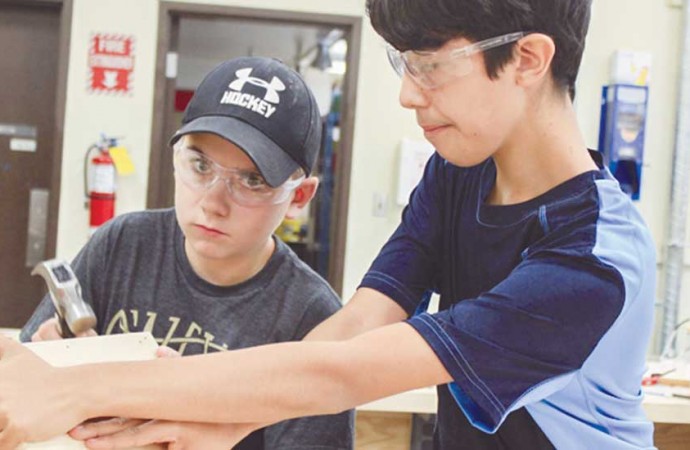 Riis Schawb and Cameron Enzoework on one of the TAP carpentry challenges. By allowing youth to explore the trades in the college, the school hopes to increase its enrolment rates. Photos: Courtesy of SSDEC.

Facing low enrollment rates, Aurora College’s trades programs are stepping up their game and ramping up efforts to recruit students from the territory.

In response, acting chair of Trades, Apprenticeship and Industrial Training Duane MacDonald, along with a team of instructors and marketers from the college, is working to roll out a series of recruitment initiatives to encourage future tradespeople to train at Thebacha Campus.

“The numbers are definitely lower than I would like to see, I would welcome more students to come here,” McDonald said. “Our school is modern and we’re up-to-date. We have all the latest technology in our shops. Our instructors are trained and they are current coming out of industry.”

“We work with the apprenticeship department and try to prevent this from happening, but we have had to cancel some deliveries due to low enrolment,” MacDonald said. “We had to cancel one carpentry delivery this fall due to this. We deliver three block deliveries per year and in each block there are six, eight-week trades programs offered. For our October-to-December block there will only be five programs offered.” 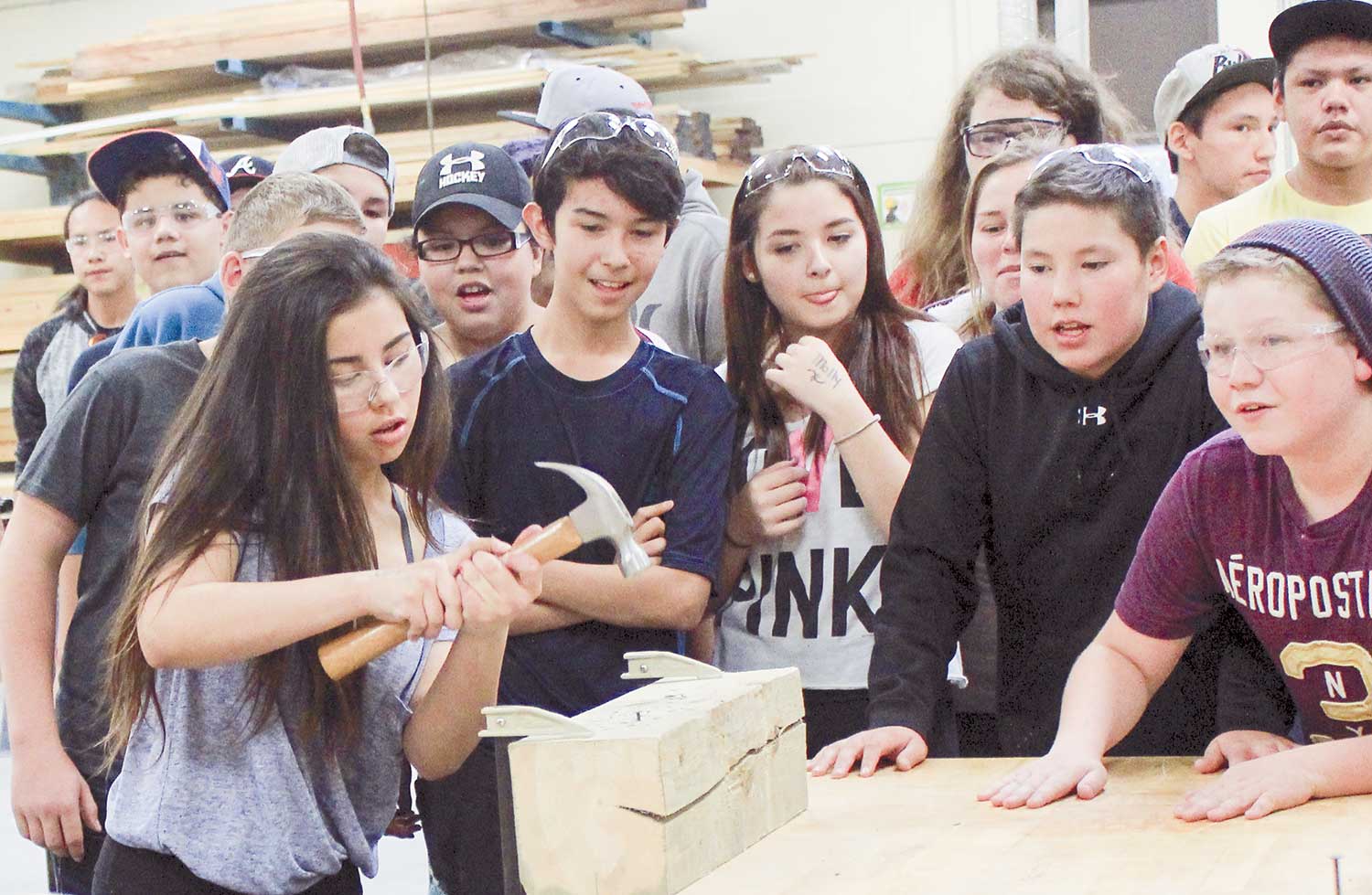 Students from the South Slave Divisional Education Council participate in the Trades Awareness Program, a two-week initiative that exposes youth to the trades at Aurora College.

In the near future the school will be holding an open house for students, which will include walkthrough tours through the various workshops including carpentry, electrical, plumbing, heavy duty equipment and more.

“People in Fort Smith can actually come here and say they are interested in, for example, heavy equipment technician, (and) I can take them to the shop or the instructor can,” he said. “For people in Inuvik or Hay River or Fort Providence who want to look at what the college has to offer, there really isn’t anything.”

That’s why the team also has a series of videos in the works, created to give those potential students in remote communities a up-close look at Aurora’s trades facilities.

In addition to their modern selection of equipment, MacDonald ensures his teachers – who arrive fresh from working in the field – are up to par by sending them to the Northern Alberta Institute of Technology for instructional certification.

To help his efforts, MacDonald would like to see more attention drawn to opportunities like the Schools North Apprenticeship Program (SNAP), to get kids on an early career path.

“If there’s a student who is really interested in cars but he wants to get his Grade 12 diploma, he can enrol in SNAP and line it up with a garage in town,” MacDonald said. “Every hour he works after school he counts towards his apprenticeship. If he continues, once he graduates, he’s likely accumulated enough hours to enter directly into our first-year program here.”

By combining initiatives like SNAP with college-hosted opportunities like the Trades Awareness Program – which brings high school students in from the South Slave and the Dehcho for a week of hands-on experience – MacDonald looks forward to seeing the enrolment rates improve.

“I think if we can get people into our school here and let them see what we have and prove it is an awesome school, our numbers will come up.”