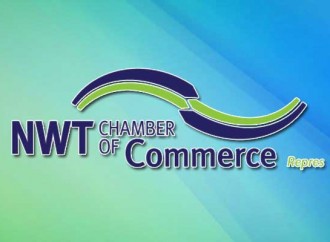 The Department of Environment and Natural Resources has hit a new low in strategic thinking with its Draft Conservation Action Plan. ENR is proposing that as much as 40 per cent of land in the territory be set aside for conservation. By comparison, Canada’s commitment internationally is for 17 percent of the national land mass to be designated as conservation areas.

“What are they thinking?” asked Kevin Diebold, President of the NWT Chamber of Commerce. “At a time when we’re struggling to attract resource investment we’re sending precisely the wrong signals.”

NWT has a questionable reputation already, which is why exploration investment has continued to fall over the past seven years, from a high of $200 million in 2007 to a projected low of less than $44 million in 2015. Sustaining and growing mining requires healthy exploration. For the most part, exploring for and finding a mine is like looking for a needle in a hay stack.

“The Holy Grail for exploration is land access, and as soon as you start to tinker with access, you run the risk of ruining what credibility we may still have. One department says we’re open for business and ENR slams the door shut,” said Diebold. “Besides we’ve already got one-third of the territory on lock down.”

According to the Mining Recorders Office 32 percent of the NWT is off limits to staking and exploration. That figure includes land for parks, interim land claim withdrawals and protected areas. Once land claims are settled and land claim withdrawals are removed the Conservation Action Plan would be looking for additional areas to alienate from development.

“Putting a fence up around more land is a serious impediment and mining investors around the world are already staying away from the NWT in droves,” said Diebold.

Annually the Fraser Institute surveys global mining executives to produce an overall Investment Attractiveness Index based not only on a region’s geological attractiveness, but on regulatory and policy factors which affect investment (Policy Perception Index or PPI).

While the NWT continuously ranks high in its geological potential, it continues to lose in attractiveness because of such factors as onerous regulations, unsettled land claims, and uncertainty over land access.

The 2014 survey ranked Ireland as the top-rated jurisdiction for policy factors with a score of 96.0. Finland and Alberta follow closely (both 94.7), tied at second.

The NWT had a PPI rating of 63.96, the lowest in the country. Even countries like Botswana and Namibia finished higher than the NWT in PPI rankings.

Investment goes where it can grow. It goes where investors sense policy certainty. This latest announcement does exactly the opposite; it creates another layer of uncertainty,” said Diebold.

“The NWT is at a crossroads. We have serious issues and we need serious minded people to resolve them,” he said.

“These are telling results. Without business confidence and investment who will provide jobs? How will governments raise more tax revenue to pay for new water treatment plants, health care, or municipal and territorial infrastructure?” asks Diebold.

“We’re already dead last in the country as a resource investment destination. When are we going to end the absurdity of shutting out investment and begin building some prosperity?”