Our world is changing, action is needed 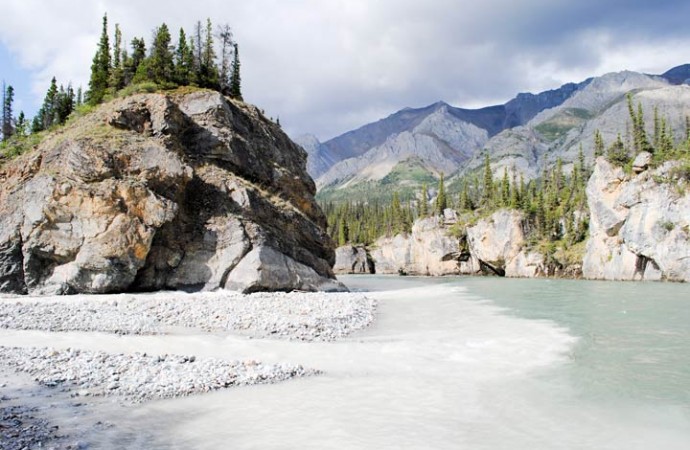 Why are our rivers so low, what is happening to our water and what does that mean for the future? Each year there is a spring flood in April. The snow drains from the land in spring and supercharged streams fill their banks, turn into small rivers and together rush toward lower ground, becoming waterways in their journey to the sea. Rivers peak, pushing out the ice, then run swollen and dirty well into May.

Each year our rivers have a second peak in June, not as big as the first, but enough to again fill the banks and carry sediment and nutrients along with trees and debris downstream. That second flood is the mountain runoff, as the snow load in the mountains succumbs to warming summer temperatures. This year that second peak did not happen.

Glaciers are shrinkings as a result of the warming of our world. The mountain snowpack no longer builds up the way it once did, is no longer there to feed our rivers. Add to that, hydro dams that are constantly thirsty, like the giant reservoir behind the Bennett Dam in British Columbia that must hold water back because the West Coast lacked rain all summer, parched with the drought that stretched the length of the western slopes of the Rocky Mountains, from Mexico to Alaska. Meanwhile, yet another hydro project is being constructed on the Peace River. All that happens before the oilsands industry withdraws water from the Athabasca to retrieve barrels of oil. Add it all together and, ladies and gentlemen, we have a problem. The impact reverberates all the way to the Arctic Ocean.

The Mackenzie River drainage system covers a vast area – one twelfth of the North American continent – and flows “down north” to the Arctic. It would take a lot to diminish the amount of water this huge area contributes, but that is exactly what has happened.

For a number of years now there has been talk about how the impact of climate change would be felt first and most in the far North. For us living in the ‘impact zone,’ it has been hard to understand how that will manifest. It is easy to picture melting permafrost that disrupts roads and affects the foundations of buildings in communities, but we have seen that before, so what else will happen?

The loss of the caribou herds is the worst impact so far – and yes, although it is not certain, that phenomenon is very likely caused by climate change. The way it is going, those once limitless herds that have been critical to the existence of indigenous Northerners for millennia, are becoming diminished within a decade, to the point where hunting will soon not be allowed. How terribly sad that is.

What if our rivers become reduced similarly? That would be even worse. There is an economic cost, for one. The regional drought in the Deh Cho and Tli Cho has led to a drastic reduction in the flow of the Snare River that provides hydro power to many NWT communities, including Yellowknife and is already costing millions of dollars in subsidies. That may be a microcosm of what will happen on a larger scale.

The volume of flow in the Slave River continues to drop week by week. That means continuing lower levels in Great Slave Lake, which has been dropping for a number of years. The Mackenzie too will get lower. The need for dredging will increase in Hay River and barge transportation on the Mackenzie will be more difficult. What other impacts? Will this worsen in the years ahead? Nobody knows.

For the last 15 years, a team of Japanese scientists has been studying carbon deposition in the boreal forest and how that relates to climate change. They have study sites in Wood Buffalo National Park and come to Fort Smith annually to check data. They also visit sites in Siberia in northern Russia. They do such things as bury flatbed scanners (used for scanning documents) underground and trigger them wirelessly. They are transmitted a scan showing the extent of root growth, and then calculate the extent of carbon deposition using sophisticated formulae. This year they added drones to their arsenal of scientific tools, enabling aerial pictures to calculate forest growth.

Their work is funded by the Japanese government. It is done, they say, so that Japan, a seafaring nation, will better understand what is taking place with climate change, to be well informed when making decisions on matters that will impact them in future.

The forward thinking by the Japanese government to fund such work, and other types of studies like it, must have come about roughly 20 years ago, well before discussions on climate change were common. What excellent foresight!

Canada’s regressive Conservative federal government, meanwhile, continues to deny climate change is even taking place and is actively muzzling scientists.
We Northerners need studies to determine what is happening to the caribou, enabling us to take action to save the herds, and we need to know what is happening to our rivers, so we can at least predict the impacts and better deal with them. Not to mention issues with wildfires, fish stocks and our forests.
We badly need a new government in Ottawa.