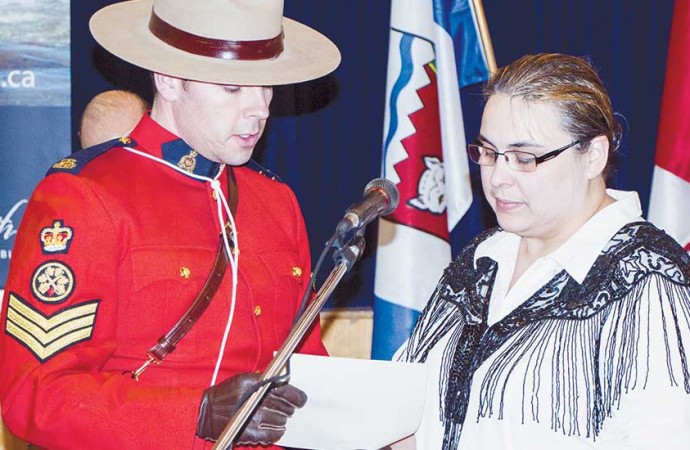 With a record 10 indigenous MPs in the house and campaign pledges from the new prime minister and his Northwest Territories MP, all roads lead to a new political dynamic between Aboriginal peoples and government. 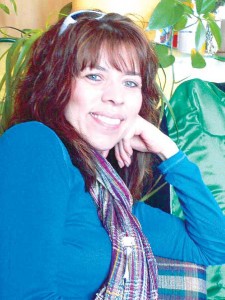 “I think the biggest opportunity for us is working with First Nations,” she said last week. “Building and maintaining that relationship can be a huge benefit to our community.”

She said strengthening the relationship between the village and the DehCho First Nations Tribal Council is important to her, and the sooner they get started on improving it, the smoother the eventual transition with a DehCho government will be.

“We have to look to the future,” she said, “and most of council is on the same page.”

Sibbeston said there hasn’t been a “big focus” on that relationship around the Fort Simpson council table, but that she had already received a phone call from Liidlii Kue First Nation sub-Chief Steven Jose and took the chance to inform him of her intentions.

Sibbeston’s other big priority is transparency at town hall. She told the Journal before the election that budget documents and minutes are slow to appear online, if they get there at all.

“I’m concerned about what’s happening in council,” she said. “It seems unfair that people can just make decisions without much consultation.”

With a new crop of MLAs to be elected Nov. 23, Sibbeston said she intended to lobby the GNWT for help with bank erosion in the island community, which threatens some major infrastructure including the village’s water intake and sewer plant, and the NTPC generation station.

“It’s not our responsibility but (the NTPC plant) is huge,” she said. “(Infrastructure is) a big file I’d like to push through. Our (pipes) have to be at least 40 years-old; we have anywhere from four to 10 breaks every winter.”

Inuvik’s acting mayor, Jim McDonald, became mayor-elect when he beat Derek Lindsay with a modest campaign that “didn’t go promising everything.” He said he is committed to putting in the time it takes to improve life in the community, and wants to focus on social issues and growing the economy.

“Tourism is one of the easiest ones we can try and start working on building a bit more of an economy around,” he said. “We’ve seen an increased number of tourists, on the Dempster, mainly. There were quite a few European and Chinese tourists so there is a lot of opportunity there.”

McDonald said organizers are targeting southern Canada and the Chinese market with the advertising for this January’s Sunrise Festival. Also on his plate: attracting restaurants.

“One of the big issues right now is dining establishments,” McDonald said. “After a long journey, you want to have a nice meal, so I want to work on that. It’s not something the town would get into, but the mayor should be out … encouraging entrepreneurship.”

McDonald said social issues such as the hard to house would be in the conversation when he is lobbying a new set of MLAs after the Nov. 23 election.

The town has been supporting a warming shelter during the winter months. It also provides the space for the full-time emergency shelter, but the non-profit agency that runs it turns away people who have been drinking.

“It’s those types of things I think the territorial government needs to step up what they’re doing a bit there,” McDonald said. “As a town, we’re the ones who have to deal with it. We do the best we can. We don’t have money to put toward a lot of that but do a lot of in-kind in terms of providing the building. They’re always struggling for funding, that’s why the town got involved. The GNWT could step up and fund that and a treatment centre.”

McDonald would also like to see a single electricity rate for the entire territory. Residential rates are subsidized in Inuvik, but commercial customers are on their own.

“The cost of power and the cost of heat is a huge economic burden north of Yellowknife,” he said. “Going to a single rate would even up the cost of living. It would help a lot in our region.”

New Fort Smith Mayor Lynn Napier-Buckley said she would poll members of council before suggesting priorities to future MLAs, but said the paving of Highway 5 and construction of a new women’s correctional facility are top-of-mind.

“In terms of decentralization, even having solid numbers would help,” she said. “How many positions are being moved to Fort Smith compared to other communities? How can the GNWT bring economic activity to the town?”

Napier-Buckley believes she was able to ascend from a council seat to the mayor’s because voters were looking for someone who would “listen to their concerns and communicate with them about the choices that were being made.

“People felt they weren’t really being heard and they weren’t all being represented,” she said. “I think people were looking for change. I’m aware of the issues we face with the town so with that experience, we can hit the ground running with a more even representation.”

That representation includes more women than men at the table, with four male and four female councillors surrounding Napier-Buckley.

“I think it’s a great council with pretty diverse backgrounds. We have people from college, elementary and high school, administrators, instructors, teachers, a union representative, private business, new residents (and) longtime residents. It covers quite a lot of the community.”

Getting back to business in Hay River 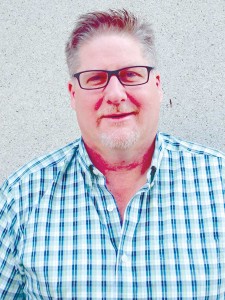 Another councillor who ran for the big job this time around, Hay River Mayor-elect Brad Mapes said he has a community that needs to come back together after a bitter and divisive strike by municipal employees earlier this year.

“It gets personal because everyone knows everyone,” Mapes said. “Council and town workers have to work together to speed up the process of healing. I’ve said from day one that no one wins in a strike.”

Mapes said the town should apologize to the residents of Hay River and the surrounding communities who could not access the Don Stewart Recreation Centre during the strike.

On election day Hay River residents also voted more than two-to-one in favour of borrowing millions to renovate the aging recreation centre, which includes an ice pad and a curling rink.

Mapes would also like to bring more territorial cash to town by lobbying incoming MLAs for a funding formula that “makes more sense” for larger centres in the NWT, including Hay River.

At the top of the list for Mapes, though, is hiring a full-time senior administrative officer and directors of public works and finance.

“We need to come up with a plan to get those key directors. We’re lucky we brought on Scotty (Edgerton), who was willing to come on for a short term.”

Filling those positions would increase the town’s population by three, which would get a start on another of Mapes’ priorities: bringing more people and businesses to town.

“With all of my businesses, I get going on a vision and put it in high gear. I feel I can bring back to our community more pride, we’ve lost some of it. We need to bring it back where people are proud to live in Hay River.”

Our kingdom for a road

Within Norman Wells and on the route leading to it, newly acclaimed Mayor Nathan Watson is praying for pavement.

“Without meaning to sound redundant, it’s all about the road,” Watson said when asked what the new MLAs are going to hear from him. “We have the usual list that includes but is not limited to cost of living, housing, population retention and expansion that most Northern communities have, but for Norman Wells and the surrounding communities in the Sahtu to have and to take advantage of the many and varied opportunities the heart of the NWT has to offer, we must have a road.”

That goes for the thoroughfares within the Mackenzie River settlement of fewer than 800 people, too.

“This year we had the wettest summer I can recall and it has exacerbated the steady decline of our municipal roadways,” Watson said. “A vast majority of our residents feel it is time to stop living in the mud and dust and get the roads covered with some form of hard surfacing and we are going to do everything in our power (to) accomplish that.”

Council will also have to work on modernizing the local landfill and “cleaning up some longstanding messes.”

Watson wants to diversify the local economy, which is founded in resource extraction.

“We are used to the boom-and-bust cycle that is a part of that reality and is beyond our control (but) what we need in order to diversify our options at the economic opportunities necessary to thrive as a community and a region,” he said. “It’s all about a Mackenzie Valley Road. It’s all about a road, no matter what side of the oil extraction debate you are on, it’s all about a road!”