The federal election by the numbers 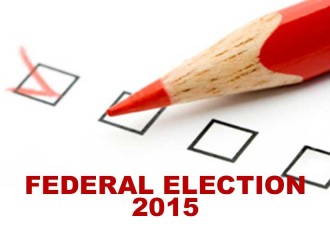 Federal elections are exciting times, since the future of the country is at stake, so we have compiled information from the past, present, with projections into the future, to offer some perspective.

The House of Commons has grown by 30 seats to 338 ridings in this election, thanks to a bill enacted in the fall of 2011. To win a majority in the newly bolstered Parliament, a party will need to garner at least 170 seats.

In the last federal election in May, 2011, Stephen Harper’s Conservatives won a majority for the first time in their eight years in government, winning 166 of 308 seats (in the smaller Parliament) and earned 40 per cent of the popular vote. Current voter opinion polling (as of Oct. 11), show the Conservatives at 30 per cent of the popular vote and projected to elect only 118 MPs.

One telling statistic throughout the campaign is the solid majority of Canadians, consistently 70 per cent, who do not want Stephen Harper as prime minister again. A month ago, in an attempt to help their poor numbers, the Conservatives replaced the head of their campaign team with controversial Australian campaign guru, Lynton Crosby, who is credited with the wins of the current Conservative governments in both Australia and Britain. He is known to use tactics that rally voters with “hot button issues” like fear of immigration and crime. Since his arrival, Harper has introduced three controversial issues into the campaign that appeal to anti-Muslim sentiments or play on the fear of terrorism. The practice of women covering their face with a niqab that Stephen Harper said “is rooted in a culture that is anti-women” inspired the biggest reaction. They also announced Canadian citizenship would be stripped from anyone convicted of terrorism, even someone born in Canada; plus they introduced a plan for a “barbaric practices” hotline, available to report suspicious activities. As a result, the popularity of the Conservative Party jumped in Quebec while the NDP slipped out of contention as a major rival. Harper is now projected to win 17 seats in Quebec but the divisive debates caused a backlash in other parts of the country, resulting in losses of popularity for the Conservatives, so they ended up at virtually the same standing in the polls.

Another outcome of the niqab controversy was the re-emergence of the Bloc Quebecois as a factor in the campaign. Leader Gilles Duceppe had lost his own seat and his party was virtually wiped out in the last election, but the niqab debate gave the separatist party traction among conservative-thinking Quebec voters. Now projected to win a substantial portion of the Quebec vote, they will once again be a factor on the national stage.

Canadians most often vote for the MP already holding a seat. Thirty-three Conservative Party MPs have resigned or are not planning to run again, so Harper has incumbents in 133 ridings. Fourteen NDP MPs are not returning, so they have incumbents in 89 ridings. The Liberals lost five sitting MPs so will offer only 29 incumbents. For the Liberals to win their projected 134 seats they would have to win in 105 new ridings. For the NDP to match Trudeau they would need to win in 45 new ridings. The Conservatives meanwhile continue to slide and are doing their best to try to stave off losses.

It is looking very likely that Canadians will end up with a minority government, which means the ruling party will rely on the support of others to stay in power. If Stephen Harper’s party wins the most number of seats, the other parties have vowed not to support him, so he will not form a government. A coalition government between the Liberals and NDP is the alternative. As there is no love lost between the two, they will continue to vy for voter approval at each other’s expense and withdraw support from the coalition if they think they have a sufficient edge to win on their own. On top of that, Conservatives are a majority in the Senate and they do what Harper tells them, which means gridlock for any new legislation. Most minority governments in Canada last less than two years. We think this one won’t make it that long. In the not-too-distant future, Canadians will get to vote all over again.