What to do when a house fire happens to you 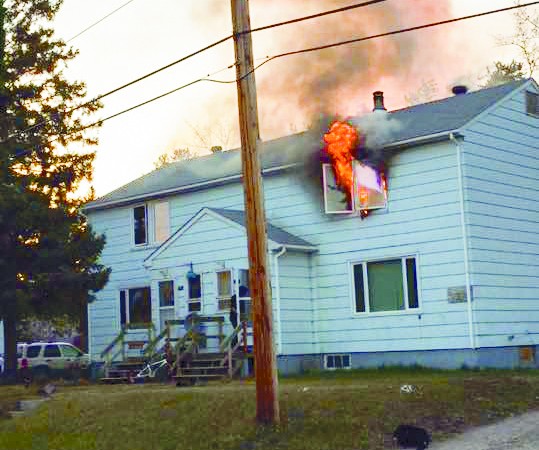 Dottie Hawley’s posessions were ruined by smoke when her neighbour’s unit caught fire in May.Photo courtesy of Ramanda Sanderson.

You could pull all the stops, buy all the bells and whistles, decorate your home with fire extinguishers, carbon monoxide detectors and alarms and still, a house fire could happen to you.

This was the case for Dottie Hawley and her family.

Hawley, her husband and their son were just tucking into Saturday night dinner together on the evening of May 9 when they were told to get out of the house by some passers-by.

They emerged with nothing but the clothes on their backs, only to look up and see flames licking out of the top floor of the neighbouring unit in their duplex.

“Thank God for that fire wall,” Hawley said, describing the slab of cinder blocks that climbs the height of her home, a barrier that helped to block the flames from spreading between the two units.

Reports say the fire was started by a cigarette, thrown away in a trash can.

Cautious of their belongings and well supported by their landlords, the Hawleys were always prepared in case of fire. Smoke detectors were located on every floor, as were CO2 monitors.

“We even had fire extinguishers everywhere it would make sense to have them,” Hawley proclaimed. “I was uprooted from my home of almost a decade. Everything we owned was affected by smoke and asbestos.”

Perhaps the most important defence Hawley had taken was buying renter’s insurance.

“It has covered almost everything so far,” Hawley said. “If we didn’t have renter’s insurance, we’d be hooped.”

It paid for their hotel stay at the Pelican Inn for almost three weeks, as the family struggled to search for new accommodations in a tight renter’s market, eventually settling in an unoccupied trailer.

It covered the replacement of the family’s mattresses, which were smoked out as the fire started climbing it’s way over the fire wall through the attic and upstairs bathroom.

The insurance even took care of the collection of the Hawley’s belongings. Those salvageable pieces were cleaned and placed in two storage units.

Following the fire at their home, Hawley said she was honoured when the community pulled together to support her family, through clothing donations, financial support, even checking in at her place of employment – the liquor store – to make sure she was doing ok.

Thanks to the quick action of the Fort Smith Volunteer Fire Department, much of the building was salvageable. After months of work, the family is looking forward to moving into their home once again this coming November.

“It could have been so much worse,” she said. “Everyone was safe and at the end of the day, that’s what’s important.”

According to the fire marshal, the family took all the right steps to prepare themselves in case of fire.