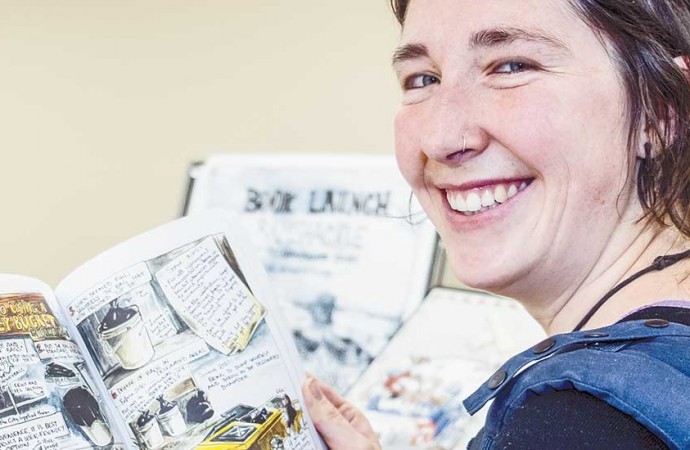 When artist Alison McCreesh and her partner moved to Yellowknife, their only plan was to hang out on the shores of Great Slave Lake for a single summer.

In her latest project, McCreesh has captured the story of her migration from Quebec to Yellowknife and settlement in the city in a new graphic novel Ramshackle, which launched on Nov. 11 at the Down to Earth Gallery.

“It’s the story of moving North to Yellowknife and getting to know Yellowknife and growing to like it and discovering all of its quirks and things that make it special and entertaining,” she said. “I had all that material and it seemed silly not to make use of that.”

An artist by trade, McCreesh made it a habit to draw cartoons frequently and post them in a blog. She combed through the archives carefully, to select the panels that would create Ramshackle. 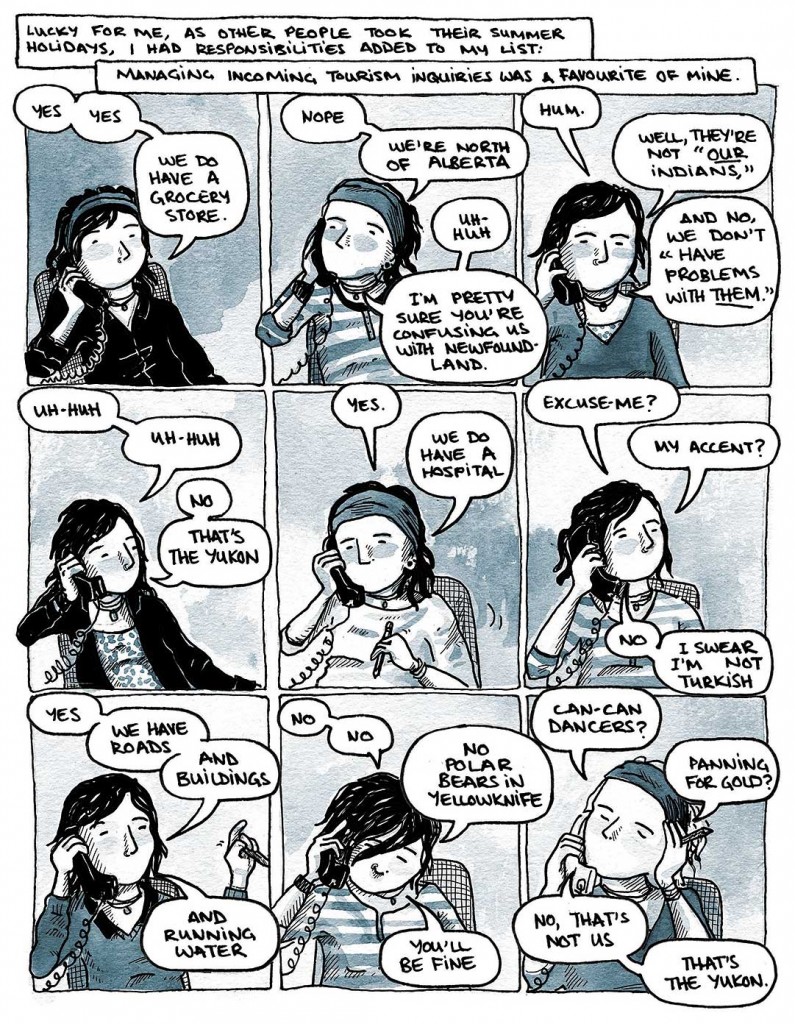 “In my work, I focus on the very sort of mundane, day to day things but also the small quirks that you find in those things. I find where the more traditional meets the more contemporary is often where I find humour,” she said. “I like the idea of say, kids on their iPads with their traditionally made sealskin kamiks or things like that. That’s part of the contemporary Northern identity in a sense.”

To anyone who calls Yellowknife home, some scenes from the book should be immediately recognizable. To those folks on the outside, McCreesh hopes it will endear them to the northern capital, or at the very least, pique their curiosity about contemporary life in the Northwest Territories.

“I put a lot of attention into the detail in all the drawings and kept it pretty realistic. I hope people really enjoy recognizing all the little details and the places and the people, the light,” she said. “Though our stories are unique in a sense – I mean, everyone has their own story – it’s a variation on that universal story of moving North, coming for a summer and staying. I hope lots of people recognize their own story in that.”

As of now, McCreesh and her partner have started a new chapter in their lives. They are raising a baby in their shack – with no running water – on the edge of the city.

Already, she has started her collection of drawings from her growing family’s latest adventure – perhaps the subject for a future graphic novel.