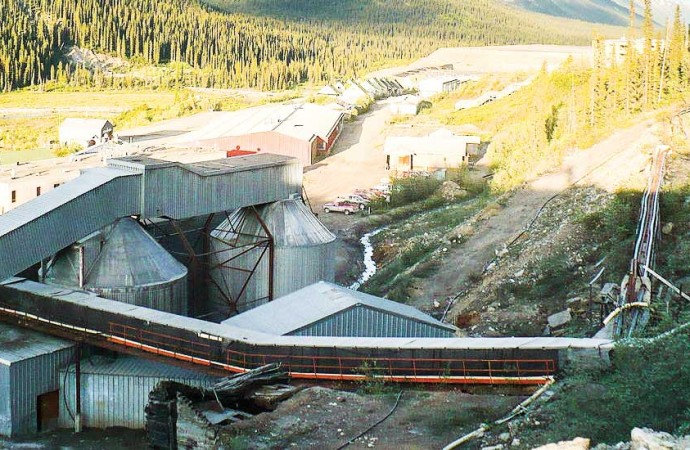 The federal government will assume responsibility for North American Tungsten Corp.’s Cantung Mine 300 kilometres north of Watson Lake, Yukon. The GNWT has assumed the mineral rights to the Mactung property, about 160 kilometres northwest of the Cantung property on the NWT-Yukon border.Photo: Trevor MacInnis.

The government of the Northwest Territories hopes to buy low and sell high with its newly acquired North American Tungsten Corporation Ltd. property.

On Nov. 16 the Supreme Court of British Columbia approved the sale of the company’s property in the Selwyn mountain range in an area straddling the border between Yukon and the Northwest Territories to the GNWT, which also acquired lease-holder interests to mineral rights in both the NWT and the Yukon.

The property is the world’s largest tungsten deposit outside of China and “will be sold when the price of tungsten rebounds to ensure cost recovery of the purchase, as well as any other debt the GNWT may incur throughout the process.”

Cabinet made an offer on the property in October, and approval by the court last Tuesday forced the GNWT to announce the sale during the election period. A spokesperson told the Journal no members of the executive committee would comment on the sale because they are prohibited from speaking as cabinet ministers during the transition period between assemblies.

“The decision to make the offer to purchase during the election period was required by the pace of proceedings in the BC Supreme Court and was beyond the GNWT’s ability to control,” the statement read. “The GNWT was authorized to commit funding for the offer through a Special Warrant that will be reported to the 18th Legislative Assembly in a supplementary appropriation bill. Members of the 18th Legislative Assembly will be offered a briefing on the decision as soon as possible after it is convened.”

Under the devolution agreement, the government of Canada has assumed responsibility for the Cantung Mine. The GNWT will also transfer to Canada the GNWT’s rights to the substantial funds held in trust as security in respect of Cantung Mine.

The court also extended the stay in NATC’s proceedings under the Companies’ Creditors Arrangement Act (CCAA) until Mar. 31 of next year, authorized certain equipment financers to take possession of certain equipment the company does not require for care and maintenance operations, and expanded the powers of Alvarez & Marsal Canada Inc., the court-appointed monitor.

NATC filed for court protection under the CCAA on June 9. In July, the company sought court approval of a sale and solicitation process to market and sell the assets of the company, but no acceptable offers were received.

The tungsten mill at the Cantung mine site was shut down on Oct. 26 according to the company, and “transition of the Cantung mine to care and maintenance (was) expected to be completed on or about November 18.”

The federal government will fund the company’s environmental care and maintenance activities at the Cantung mine site, which will take place under the supervision of the monitor.

The GNWT had three main reasons for acquiring the mineral rights, according to a statement:

The GNWT’s offer to purchase the Mactung property was set at a maximum of $4.5 million but the final cost is expected to be lower once the value of CCAA related charges have been deducted.

According to the petition NATC filed with the B.C. Supreme Court in June, the Vancouver-based company has $84.4 million in liabilities, $14 million of which are unsecured, and an estimated book value of $27.9 million. It owes around $75.5 million to over 200 creditors.

“For the six months ended March 31, 2015, NATC experienced a net loss of $6.6 million,” the document states. “NATC’s cash balances are extremely low and additional or replacement financing will likely be required.”