The too-high cost of war 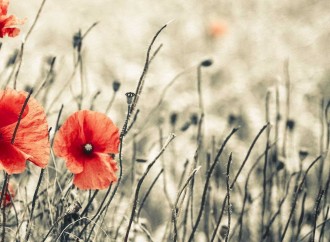 Lt. Gen (ret’d) Romeo Dallaire led the United Nations Peacekeeping force in Rwanda during the genocide of 1993. He attempted suicide four times before seeking help for the “mental injury” he suffered there.

Dallaire, the former Liberal senator who once chaired the Senate subcommittee on Veterans Affairs, briefed Prime Minister-designate Justin Trudeau on the portfolio before the election, according to the Globe and Mail.

The same newspaper recently published an exhaustive investigative piece that uncovered at least 54 soldiers had died by suicide either during or after serving in Afghanistan. Days later the military updated that figure to at least 59 with the caveat that, since deaths by suicide among reservists are not tracked by the military or the Department of Veterans Affairs, the real number is almost surely higher. A total of 158 Canadian soldiers died in-mission during the conflict in Afghanistan.

With another Remembrance Day upon us, the story’s headline, The Unremembered, cuts to the quick, pointing to the invisible but not unknown enemy quietly inflating the already too-high cost of war.

Stigma associated with the ravages of post-traumatic stress disorder, or PTSD, is slowly falling away as the efforts of people like Lt.-Gen Dallaire and organizations like the Tema Conter Memorial Trust and its #ivegotyourback social media campaign for first responder mental health gain traction.

“The 158 number was a scandalously erroneous number,” Dallaire told the Globe. “There was absolutely nothing said about the horrible sacrifices and cost to the families of those who kill themselves after the mission, due to the injury of the mission.”

Based in Ontario, the Tema Conter Trust offers scholarships to students taking first-responder training across the country, including those at the Royal Military College, and draws attention to the suicide epidemic in the emergency services. According to the group, 19 military personnel died by suicide in 2014. Between Apr. 27 and Dec. 31, 27 first responders died the same way. Another 18 first responders and five military members died by suicide in the first half of 2015.

The Royal Canadian Legion, too, has called for a renewed commitment to veterans in a pre-election position paper posted online titled Veterans Matter, which calls on the federal government to include the Veterans Bill of Rights in a new Veterans Charter and in turn for that to be enshrined in the Pension Act. The Legion includes RCMP and other peace officers in its definition of “veteran.”

Interestingly, the Legion’s paper mentions “mental health” and “PTSD” precisely zero times, focusing for the most part on reducing red tape for the veterans and their families who are trying to access financial and medical benefits. A study filed with the Library of Parliament, however, paints a grim statistical picture for post-service military personnel.

“With respect to veterans, the percentage of deaths attributable to suicide is 45 per cent higher than for the general population and currently serving members,” Jean-Rodrigue Paré wrote in 2011. He found 23.6 per cent of all military personnel released between 1998 and 2007 reported an operational stress injury as defined by the federal government, including PTSD, depression, anxiety, mania, dysthymia and bipolar disorder. For veterans who applied for disability benefits after 2006 when the new Veterans Charter came into effect, that figure jumps to six in 10. Three-quarters of veterans taking part in VAC rehabilitation programs following a release for medical reasons suffer from a mental health disorder.

The problem is not going away. Between 2011 and 2016, 25,000 to 35,000 more Canadian soldiers were expected to be released from service, as many as 10,000 for medical reasons and at least 5,900 of them suffering from a mental health disorder. At least 2,750 will suffer from a severe form of PTSD, which can result in intrusive, upsetting memories of an event or events, flashbacks, nightmares, irritability, hypervigilance, depression and suicidal ideation.

The borders of their homeland are not being challenged, their minds are not theatres of war and no number of mental injuries among our veterans can be deemed an acceptable loss. This is a national crisis that deserves the attention of Prime Minister Trudeau and his newly minted cabinet, including at the very least Veterans Affairs Minister (and Calgary Centre MP) Kent Hehr and Minister of Health Jane Philpott.

In the minds of our leaders, Remembrance Day should be every day.