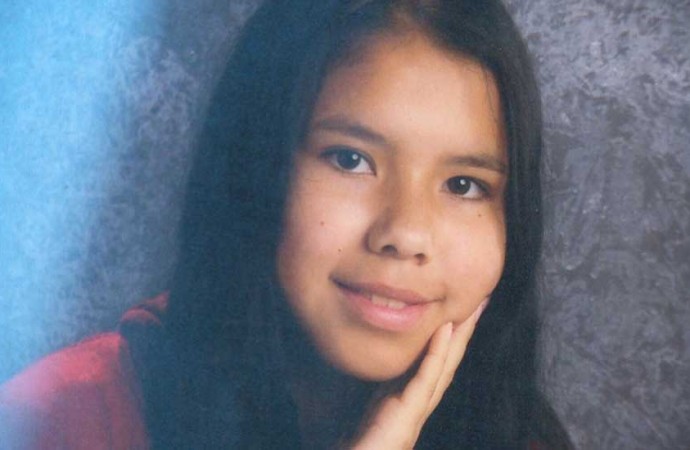 Winnipeg homicide investigators arrested New Brunswick native Raymond Cormier in the Vancouver area on Dec. 9. The charge of second-degree murder laid against him has not been proven in court.

News of the discovery of Fontaine’s body reverberated nationwide and renewed calls for an inquiry into the issue of missing and murdered indigenous women. Fontaine was reported missing Aug. 9, 2015 after she ran away from the hotel where she was staying as a ward of Child and Family Services.

She had several encounters with Cormier and both frequented the same eastside house, the city’s deputy chief of police, Danny Smyth, said Friday. He said the investigation was long and complicated, in part because it was difficult to track Fontaine’s movements in the days leading up to her murder. It involved forensic investigation, interviews and covert operations.

“The murder of this child, and let’s not forget she was a child, has shocked and outraged our community, and I think that outrage has resonated across our nation,” Smyth said. “Investigators know Tina was highly vulnerable and was exploited during her time on the run.”

Smyth said Cormier had an extensive criminal history including convictions for violent offences, and has been in and out of prison most of his adult life. Police believe he killed Fontaine on the last of several encounters with her. Smyth would not elaborate on the nature of their relationship.

They are not looking for any other suspects.

“I pray they feel a sense of relief despite the horrible tragedy they’re going through right now,” she said. “For the community I imagine it brings all kinds of emotions once again but I hope they find some sense of peace knowing one more perpetrator is off our streets.”

Terry Villeneuve, who sits on the Native Women’s Association of the NWT, says indigenous women are more likely to be killed in the Northwest Territories.

“In the NWT, there were up to 20 cases of missing and murdered women in the past 30 years, and 17 of those were Aboriginal,” she said. “That means 85 per cent were Aboriginal, even though only 50 per cent of the population is made up of Aboriginal people.”

In the NWT there were four homicides in 2014, up one from 2013; according to the RCMP, there have been five homicides so far in 2015, including that of May Elanik, found outdoors in Aklavik Nov. 11.