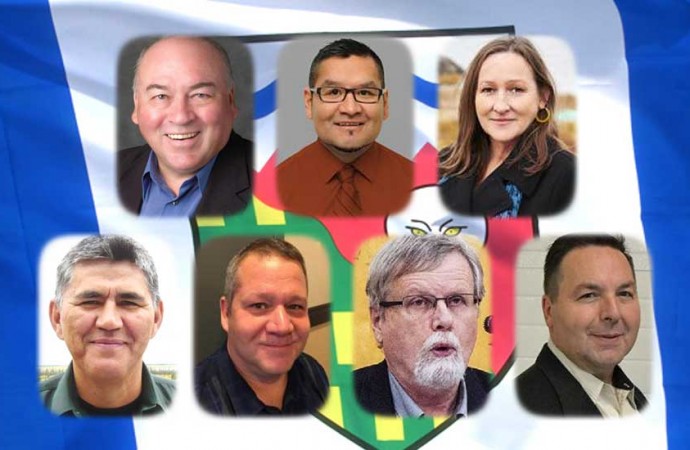 Bob McLeod became the first politician to repeat as premier of the NWT when at least nine of the other MLAs in the territory voted for him in a secret ballot on Dec. 16.

In his campaign address in the run up to the vote, McLeod said he saw the desire for change during the election campaign in November and committed to naming a cabinet minister responsible for transparency and democratic engagement, tasked with taking the lead on developing an open-government policy.

“People want a government that reflects their values and priorities,” he said. “They want accessible leaders and they want a role in shaping government decisions. One thing we need is a more cooperative approach and new mechanisms to enable greater input from regular members. I cannot say what shape those will take, but it could include, as an example, measures like more joint committees on critical issues such as climate change and family violence.”

Monfwi MLA Jackson Lafferty, who was deputy premier in the last assembly, ran unopposed and was named Speaker of the House.

Premier McLeod will assign portfolios to the new executive council members sometime in the coming weeks ahead of the first full sitting of the 18th Assembly in February.

Only two MLAs, rookies Kieron Testart and Cory Vanthuyne, both from Yellowknife, revealed who they supported for premier. Both said in written statements after the election they had supported Abernethy.

“I know and heard from many folks that Glen made genuine efforts in the last Assembly to work with regular members,” Vanthuyne, a former Yellowknife city councillor, posted on Facebook. “I also seen Glen as the voice for change and believe he will still be the lead voice on cabinet in that regard.” Vanthuyne added he was pleased with McLeod returning as premier regardless.

Testart said in a press release he interpreted the result of the Nov. 23 election as a call for change from voters and like Vanthuyne, he saw that potential in Abernethy. He said more than 100 of his Kam Lake constituents had expressed support for Abernethy between the election and Wednesday’s premier selection, but that was not the only factor in his decision.

A new deal for residents

McLeod promised he would lobby for the NWT to get its share of federal infrastructure money committed by the federal Liberals during their election campaign, and for the northern tax deduction to be increased annually. He said both would address the cost of living.

“Public infrastructure investments put people to work, and at a time when global mining investments are soft, it’s important for us to do our part to ensure jobs and prosperity.” “Greater infrastructure is a key to reducing our cost of living. We started down that path in the last Assembly. Investments and continuing to connect communities by road, air and water are helping to reduce transportation costs applied to essentials like food, fuel and pharmaceuticals.”

An improved approach to economic development

Referring to the recent closure of the Snap Lake diamond mine, he stressed the importance of sustainable resource development to the economy, including the Gahcho Kue mine, the Prairie Creek zinc-lead-silver development and proposed expansions at the Ekati and Diavik mines. He added the NWT needs a made-in-the-North regulatory regime.

“We need to do more to insulate our communities and residents from the ups and downs of resource industries, by supporting local businesses and economies that are sustainable and more diversified,” he said. “I believe prosperity through diversification should be another one of the priorities of the 18th Assembly.”

During his feature speech in the weeklong campaign to be premier, McLeod brought forward a number of new ideas on how cabinet should function.

Each committee of cabinet should hold at least one public meeting during the next year, which would be a way to improve accountability, transparency and public engagement, he said.

“I propose cabinet also commit to having public meetings and briefings with Legislative Assembly standing committees whenever practical and possible.”

It is here that McLeod, a third-term incumbent and the first repeat premier in the NWT’s history, likely sealed the deal with MLAs, convincing them that after a year of elections where change was the common theme that re-electing a member of the old guard was the right choice.

“We have momentum. We need to keep moving forward,” he told the other MLAs in his campaign speech. “Members have demonstrated their commitments to change and have already shared many good ideas. I welcome the commitment and look forward to working with every one of you, to give the people of the Northwest Territories the kind of government they want and deserve.”