Physical literacy on the rise at Chief Sunrise School 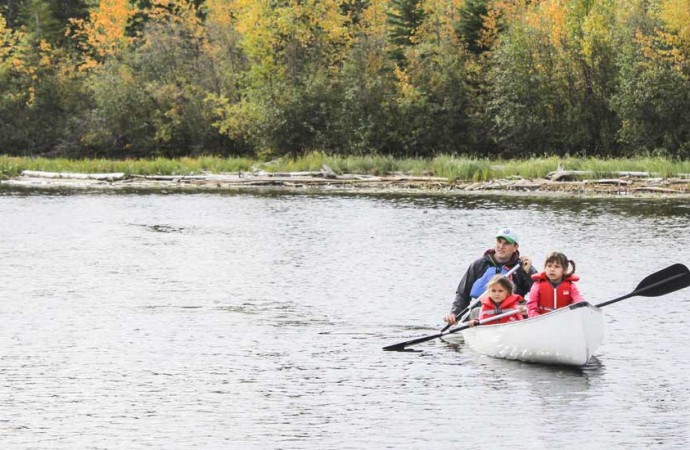 What does it take to become a high-performing athlete?

Hay River teacher Patrick Kippax says it starts with learning the basics of human movement from a young age, an approach he is taking as a physical literacy coordinator in Chief Sunrise School.

Kippax started his northern teaching career at the Deh Gah School in Fort Providence two years ago, in a position created by the department of Municipal and Community Affairs (MACA) and Sport Canada, a federal sport development program.

“There’s a lot of definitions for physical literacy according to a lot of different websites and associations because, over the last five years, it has started to become really popular in education and sports,” Kippax said. “It can be described as an ability to perform fundamental movement and motor skills that help develop a foundation for general human movement, participating in physical activities and sports development later on.”

“Students learn their ABCs in school, they also need to learn basic movement. That includes crawling, running, jumping, object manipulation – throwing and catching – kicking and body management, including balance and stability. Once the student acquires these skills, then I start to build on more sport movement patterns with them as they kind of move up in grades and they get older. It’s kind of like they’re learning their ABCs, then they’re learning how to put sentences together. As they get older, we can start learning about how to play basketball, how to dribble so we get more advanced – like they’re writing paragraphs and stories, but with movement instead.”

During his time in Fort Providence, Kippax and his students were involved in a five-year study conducted by the University of Alberta, MACA and Sport Canada. Researchers were measuring the children’s performance as they learned more about physical literacy.

“The biggest thing that we found was the struggle of introducing the physical literacy measurement tools that are out there and successfully implementing them in the Northern schools,” said Beth Hudson, a former researcher in the study who now fills the role left by Kippax. “Previous measurement tools were not applicable. Body measurement and fitness-related tasks for the youth to perform didn’t really have a high correlation up here, just because there are a lot of skills that we felt the kids hadn’t really been exposed to so that put them at an unfair advantage to be measured for those things.”

As the research continues, the focus remains on improving measurement protocols as much as tracking the progress of students as they continue their training. Based on the success of the research, every school in the NWT could see a physical literacy coordinator added to its staff.

A majority of Kippax’s time is dedicated to working with youth in kindergarten to Grade 6, the prime age to learn physical literacy according to a variety of studies.

“There are certain developmental stages; kids between five and seven, they’re supposed to have certain fundamental movement skills and as they age they build on that,” he said. ”If students haven’t been exposed to those movement skills, it’s really tough for them to learn as they get older.”

With the students in their high school years, Kippax channels their energy towards fitness education, leading high-impact workouts and encouraging healthy lifestyle habits. With his younger students, Kippax said the results of the physical literacy education show up within weeks.

“Kids are starting to play sports (and) they’re getting injured less which is huge,” he said. “When I first started, we were skipping and some of these kids had never skipped before. This girl would try jumping over the rope and she was not coordinated and she would fall on her face, and now, she’s able to do two skips. Things like that are really inspiring, they really motivate me to work with these kids.”

In only a few months at the school, the self-described “champion for movement” has not only influenced students, but staff as well. Recently, he has started leading fitness classes for teachers, a service that will soon be extended to the wider community.

“There’s the ripple effect of these things, once you start moving, people start focusing on nutrition,” said Christina Steen, principal at Chief Sunrise. “I think it has also changed a bit of the culture of the school; it’s changed some of the conversation and the focus on health and wellness, particularly in our teenagers, who tend to be some of the more vulnerable population.”
For the younger generation, Kippax recommends exposing kids to as many types of physical activity and movement to promote a more varied approach to fitness.

So, what are his top recommended sports?

“Gymnastics,” he said. “Martial arts and gymnastics (both) make for better athletes.”