Top brass for 2018 Arctic Winter Games to be hired soon 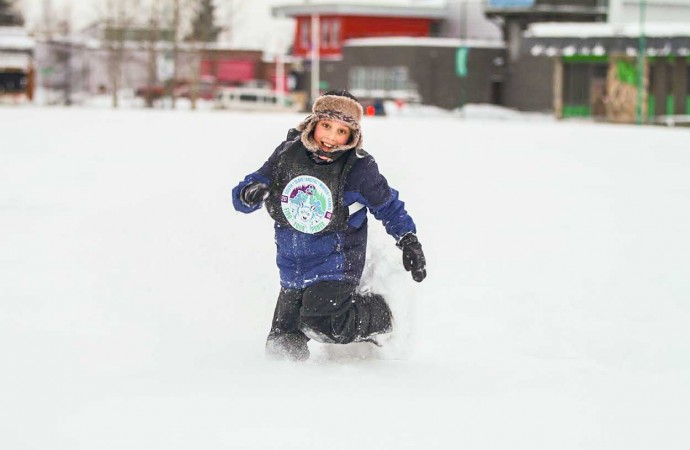 Jhet Maher of Hay River embodies the spirit of the AWGs as he competes in a snowshoe race on Jan. 29, 2015. The event was one of many, set up to showcase the South Slave to AWG execs.Photo: Marilyn Marshall Photography

The work of preparing for the 2018 Arctic Winter Games in Hay River and Fort Smith will soon be out of the hands of volunteers, or at least not as much on their shoulders.

Greg Rowe, president of the South Slave games committee, said last week interviews are underway and he expects the role of general manager and other key staff positions to be filled in the next week.

“Hopefully we will have one lined up to attend the Nuuk games with us,” he said. “We just had a conference call today and finalized our logo and marketing, so that’s coming together. All of our MOUs (memorandums of understanding) with the towns are in place so I guess a lot of it is not the real pretty stuff, but time-consuming and all volunteer-based right now. I think once we get our general manager in place and get to the games, there is not a whole bunch they want us to do.”

The 2018 games will experience a calm before the storm with the Nuuk games March 6-11; in order to avoid any thunder being stolen, the South Slave games’ website will not go live until after the 2016 games have concluded and no other promotions are planned.

“We want to go there and work with them and try and learn as much as we can in preparation for the 2018 games,” he said. “I’ve had the good fortune to experience the games a number of times, from 1976 as a young and adult athlete, and participated in coaching and sponsorship, and as an observer. They’re a wonderful event to take part in any facet, whether you are volunteering or competing.”

Rowe was involved in the unsuccessful bid for the 2008 games that took place in 2004.

“The process we went through was a real learning curve,” he said. “It’s a little surreal. The reality is we have a ton of work. We have to be really creative in our approach to it. Hosting it as a region is, certainly, out of the ordinary. We’re really hoping to shadow the crew in Nuuk. A couple of members went in September, and (Nuuk) has a lot of wonderful people involved, which isn’t unusual for the Arctic Winter Games. Once you get bit by the bug, you’re hooked.”

The games have been hosted in two South Slave towns in the past, in 1978 Hay River and the now-defunct town of Pine Point staged a “very successful” AWGs. In 2018, it will truly be a regional event as Fort Providence and Fort Resolution will host hockey games, Enterprise will host snowshoe races and K’atl’odeeche First Nation will host Dene games and dog mushing. There are 18 sports for 2018 in all.

“What we’re doing now isn’t the glamorous stuff but we’re excited to build the momentum and get more people involved,” he said. “We started this process back in December of 2013. There have been peaks and valleys in it, but now we have our host society established and we’re doing a lot of the housekeeping stuff that needs to get done.” 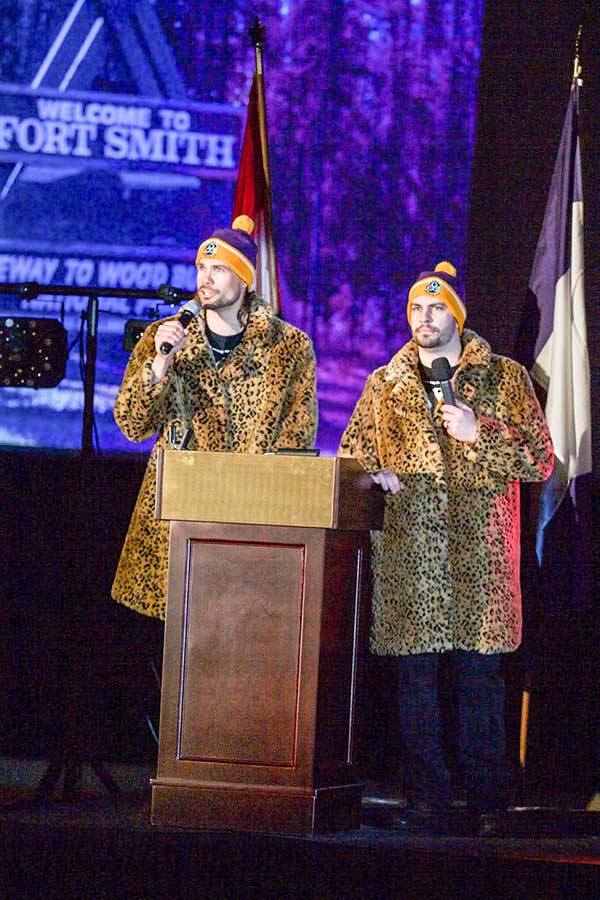 He said the host society is “ahead of the game” as the AWGs typically take 20-24 months of intense work to come together.

“From the quality of the candidates we’ve spoken to in interviews and looking at the other resumes we have, we’re in good hands if we can get any one of the ones we’re talking to,” he said.

“We’re confident about that.”

Funding for the event’s $7.3-million budget comes from a variety sources including the GNWT, federal government and municipal governments and sponsorship at the local, national and international levels.

Legacy benefits include the planned $25-million retrofit/renovation at Hay River’s Don Stewart Recreation Centre and the expansion of a community kitchen in Fort Smith, leaving it with a much-needed soup kitchen.

“Volunteers will find themselves striving towards a common goal,” it reads. “New community leaders will emerge to support the dreams of the many. Training and skills development for coaches, cooks, organizers and translators will encourage an ongoing culture of participation in healthy activities (long) after the close of the games.”