Ding, ding, ding! Maya, our spotted Nubian, has a bell around her neck that sets off the alarm in the otherwise calm and quiet morning barn at NFTI.Video courtesy of NFTI.

Ding, ding, ding! Maya, our spotted Nubian, has a bell around her neck that sets off the alarm in the otherwise calm and quiet morning barn.

The other goats rush over towards me as I waddle in to their pen with two full buckets of grain for the nursing moms. All of a sudden the sheep are curious too and really start off the cacophony.

I’ve been announced, and now everyone in the barn is excited about morning feeding. It’s just full of bleats and baas and moos and cuck-a-doodle-doos that gets your heart racing.

One of our animal managers booked a holiday this winter before we realized we would have so many goat kids (23 is the final count), so I have been called in as a support for Thomas Schenkel who lives out at the farm. I work there two days a week to give him a bit of a weekend and it sure has been a big learning process for me!

Video: Courtesy of NFTI. No matter where they are, these Cashmere goats love playing king of the hill.

The first time I had any responsibility at the barn, I thought that I killed Pancake, our little orphaned kid. Her mom had twins and not enough milk for her and when I first saw her I thought she was a goner, as she was just so tiny and lying flat on the ground.

We had to bottle feed her, and soon her nickname became Spunky because she just turned right around and had so much vigour and drive! She would literally jump all over you as soon as you went into her little house with the bottle of milk to feed her. And so, the first day working at the barn, I fed her too much milk and was so worried I had caused some damage. True to her nickname though, she survived my inexperience and is now one of our friendliest and most energetic kids.

Video: Courtesy of NFTI. Pancake and Stella, Nubian-Cashmere-French Alpine goat kids, and their friends hang out at the salt lick.

Last week, our last moms kidded. La Mancha is a Spanish breed which has tiny, gerbil-like ears and she had beautiful triplets with ears of varying sizes. We have Nubians too, and they have very long floppy ears suited to the African heat where they originated. As it is very cold here, the long ears are prone to getting a bit of frostbite and so we have been thinking that La Mancha’s tiny ears would be better for the North. As it turns out, La Mancha got a bad ear infection just after she gave birth and we think it is because the small ears got some frost around the little hole and some irritation from that. Our experienced animal manager took very good care of her with antibiotics and cleaning the ears and she is back on her feet and looking strong as ever. Now we are thinking that very long ears and very small ears both may not be ideal for our area and we will try to breed mid-size ears that will be better adjusted for our temperatures.

Although the excitement of new kids has now passed, we are looking forward to spring lambs. We have over 20 sheep, mostly Icelandic and a few Friesian Milk Sheep. We have beautiful white, golden and black Icelandic bucks and so we just bred them. The goal here is to get the good quality milk production from the Friesians with the hardiness of the Icelandics and have a really well suited sheep for the North.

Video: Courtesy of NFTI. The goat kids are always friendly – here they are coming to say “hi!”

These are just some examples of the type of research we are excited to do more of in our mixed animal barn. Our flerd (flock plus herd) is over 80 animals right now, and we are very pleased to put our holistic management training to use managing the flerd in a regenerative way out on the land this summer. The Northern Farm Training Institute (NFTI) wants to truly be a support to grow the agricultural industry in the North with high-quality training by experienced locals as well as tools and supplies that are suited for our type of growing and now, animal varieties and housing systems that will make animal husbandry a success as well. 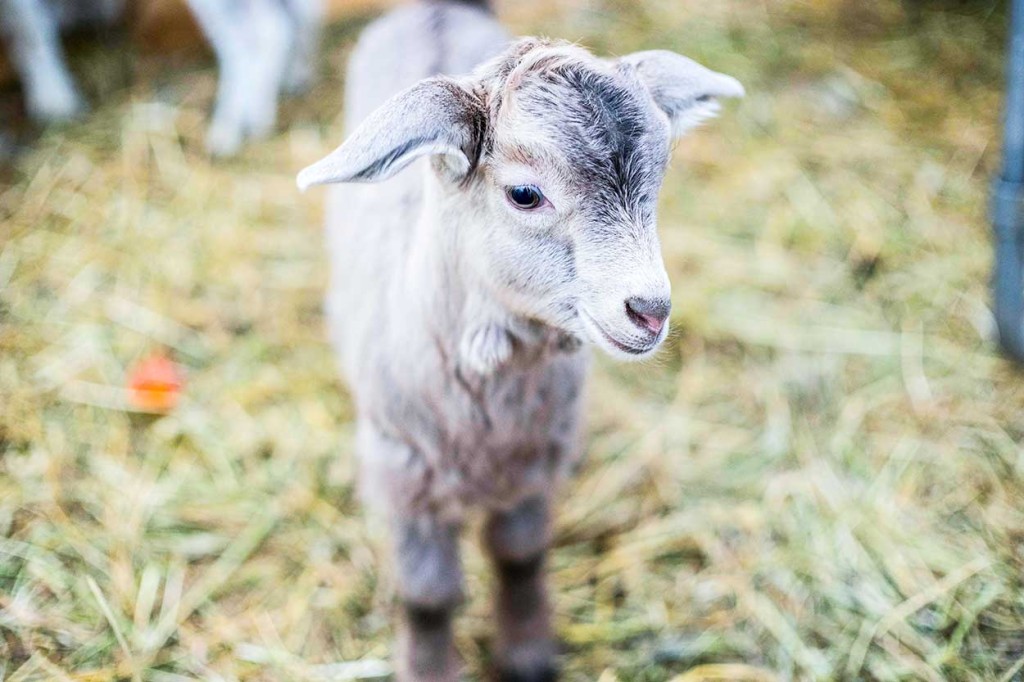 A total of 23 kids have now been born to nannies at the Northern Farm Training Institute. The births – every one of them – were a surprise, as the farm’s animal manager was unaware they were pregnant when he bought nine females in B.C.

Last week I did a Skype presentation for a food security class at the University of Ottawa and they asked a good question: how does raising domestic animals fit into the culture in the North? Well, we know that in the recent past, Northern people had fully functioning local food systems. Now, with settlement, population growth, climate change and resource development affecting all types of wild harvest, our traditional local food systems have become stressed. By learning about raising animals domestically in a way that fits with our values of protecting the environment and honouring living things, we can take some of the pressure off of our wild herds and reduce our reliance on industy factory-farmed animal products from the south. In this way, we can restore a thriving food system in the North that celebrates our own unique culture and environment.

NFTI truly believes that “together, we can harvest all we need.” In our new modern context, the people of the North need to recreate the way we feed ourselves locally in a genuine way that will create real health, security and celebration. We can do this by learning new things while at the same time making sure we protect our traditional ways as well! 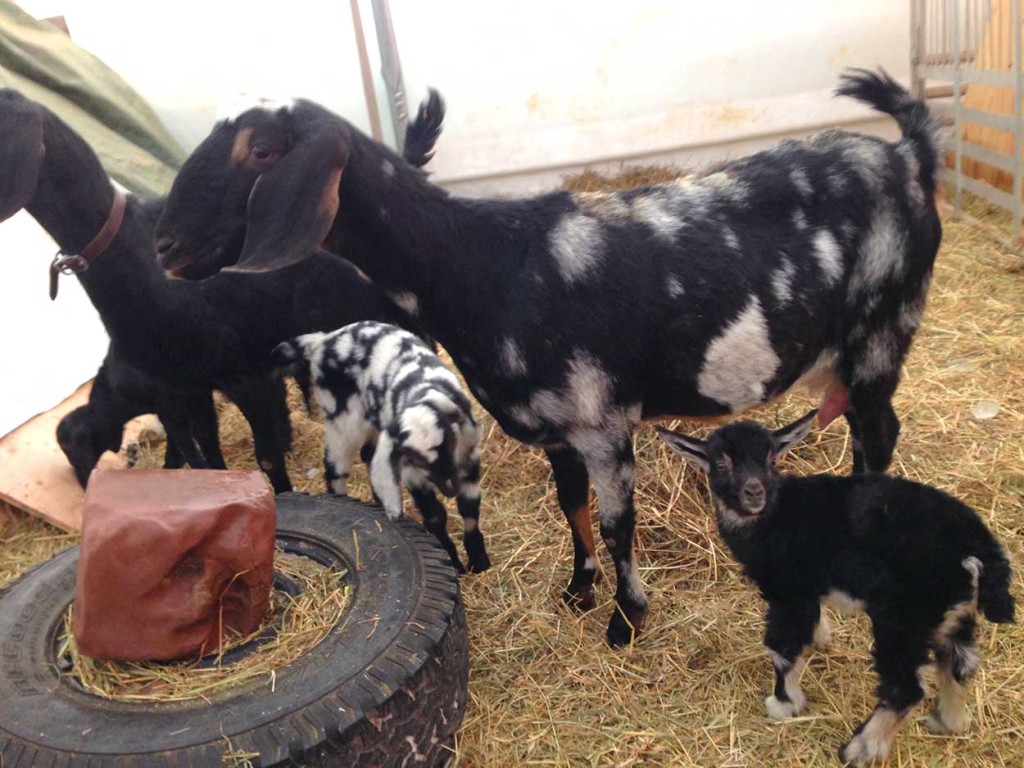 Pancake and Maya (right, foreground) hanging out next to the salt lick with Stella and Gaia. Pancake was so named because she was part of a set of twins whose nanny could not produce enough milk, so she was flat and malnourished when Kim Rapati first found her.