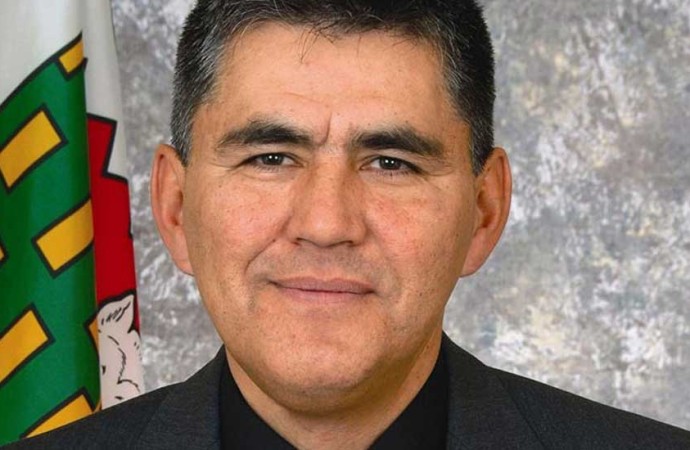 McLeod said in the legislature the government’s finances would go into the red if that cash is not found over the next five years.

“Unless we bring our spending into line with the money we are bringing in, we will have to start borrowing just to fund existing programs and services,” he said. “That’s bad fiscal policy and can’t be sustained.”

“We need to support growth and diversification in the NWT economy with investments now,” he said. “Promoting economic growth and increasing the tax base is important for the long-term health in own-source revenue. However, unless we make changes in expenditure management, we will not have the fiscal resources to make strategic economic investments, let alone sustain current programs and services.”

He said the salaries for senior managers and excluded GNWT employees will be frozen for the next two years.

Welcome news came out of Question Period in Ottawa last week as federal Finance Minister Bill Moreau said most of the funding bound for Northern Territories lost in an accounting shuffle will be forthcoming after all.

Morneau said $67 million will be distributed to the governments of Yukon, the Northwest Territories and Nunavut, with $24.1 million of it destined for the NWT.

Northwest Territories Finance Minister McLeod first identified the issue, which would have reduced the 2015-16 transfer to the NWT by $34 million, in a meeting with Morneau last December.

McLeod told the Journal on Feb. 16 that the GNWT welcomed Morneau’s commitment to introduce legislative amendments to improve the stability and predictability of federal Territorial Formula Financing (TFF) payments to the three northern territories.

“We’re appreciative of the fact that they restored some of the TFF financing, so that was good news,” he said. “While you’d like the $34 million, $24 million is still pretty good.”

The GNWT had already included partial restoration of the TFF in its fiscal planning and still faces a situation where its expenditures are growing faster than its revenues, according to the finance minister.

Conservative Fort McMurray-Cold Lake MP David Yurdinga issued a statement expressing his concern the partial replacement would cause “undue hardship” to Northern communities. He called on all Northerners to send their concerns to Morneau’s office.

“In the North everything costs more because goods often have to be flown in or delivered by ice roads,” he said. “The distance between communities also drastically increases the cost of providing adequate government services. While continuing to shun the resource sector in the North along with all other regions of Canada, the Liberals are pulling the carpet out from under the territorial governments.”

Liberal Northwest Territories MP Michael McLeod said in an interview hours after the announcement that the TFF issue has loomed large for Northerners, and that he has been working on creating awareness about it since learning about the “unpredicted outcome” of a review by Statistics Canada.

“So when the minister responded today and indicated they had … come up with a way moving forward on a better system, that really made me feel good,” he said. “We also need to recognize we need an agreement that allows for predictability. The territorial government is going to have a hard time planning if things of this nature can happen.”

The reduction in TFF funding was not caused by an accounting mistake, but rather by a routine review built into the agreement between the territorial governments and Canada.

Federal transfers form the bulk of revenues for all three territorial governments, about 70 per cent of the budget in Yukon and NWT and 80 per cent in Nunavut. There are several factors in the calculation that can affect the amount issued in a given year, including population growth or decline, GDP changes, tax rates, revenue collection from the North compared to the rest of Canada, and government spending. The numbers used reached as far back as 1981; McLeod said the TFF system should be able to reach back a couple of fiscal years, but no farther.

“In this case, the impact was made as a result of the new calculations in government spending, which really is outside of our ability (control),” he said. “It’s not a population decline or growth that caused it, it’s the sum of all spending by all governments in Canada, which was pegged at a certain number historically, but with the new technology and ability to electronically calculate more accurately, that estimate has changed to a lower number, which impacted us.”

McLeod said the solution was arrived at relatively quickly in large part because of the synergy of having the NWT premier, finance minister and himself as MP working together.

“It really brings the sense of urgency or importance to the forefront and makes it a priority for the federal government,” he said. “I was really happy we were all able to focus in on this issue and make the case that this was something we needed to resolve.”