From the NWT to NY, hockey player NCAA-bound 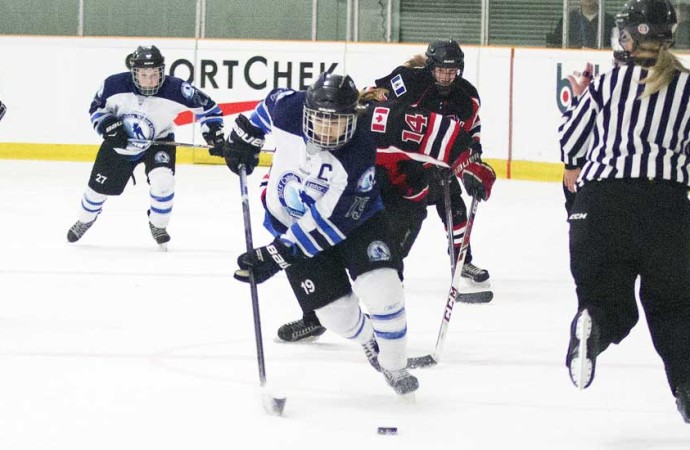 Victoria Rankin leads the rush in a game against Team Yukon in the 2015 CWGs.Photos: Doug Rankin

For one Yellowknife athlete, a dream has come through.

Victoria Rankin has recently received notification that she has been accepted for a destination grant at SUNY Oswego (State University of New York at Oswego) for the next four years. As an athletic recruit, Rankin has been awarded US$8,000 for each year she attends this Division III school.

Rankin now attends St. Francis Xavier School (the Northern X-Treme team) based in Edmonton and is a co-captain on her team.

“I have been working towards this for years,” Rankin said. “My parents are very excited and made a lot of sacrifices to help me achieve this goal.” 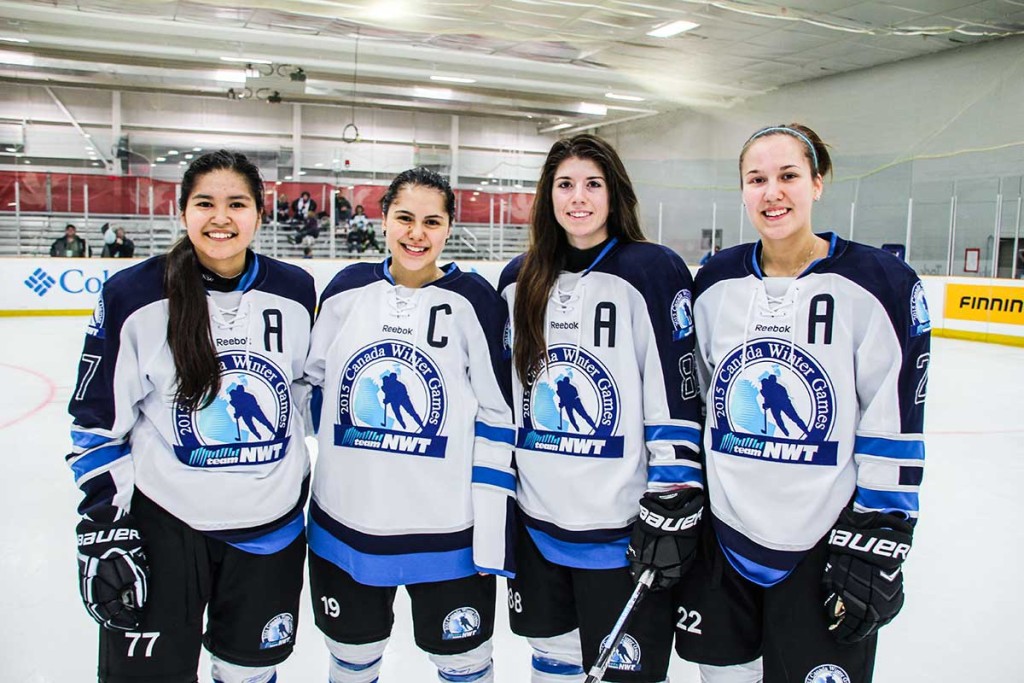 Rankin will conclude her time with the Edmonton team at the end of this season and start at SUNY Oswego in the fall.

“I have made a lot of close friendships here and it will be hard for me not to see them every second day now,” Rankin said. “However, they are going on to bigger and better things too and I am excited for them also.”

Her team’s coach Leah Copeland spoke of Victoria’s abilities that have led her to this stage in her hockey career.

“We have had her here for two years now,” she said. “Her maturity, leadership qualities, work ethic, and mentoring skills make other players look up to her.”

Copeland wanted to be clear about what women’s hockey is all about these days.

“We start in September and go until March,” she said. “Women’s hockey is equal to the competitiveness of men’s hockey. The girls set goals and have to work very hard to accomplish them.”

“Excellent news,” was the word from Sport North executive director Doug Rentmeister when contacted about this news Friday morning. 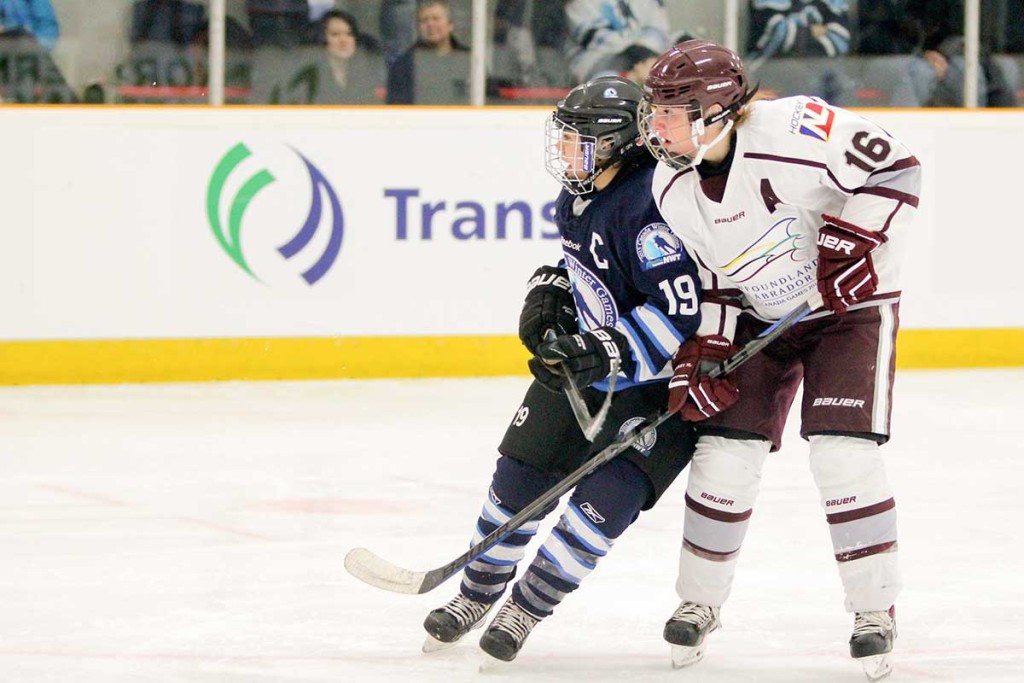 Victoria Rankin works against a Team Yukon player at the 2015 CWGs.

“I know her, wonderful,” he said. “She will be attending the Arctic Winter Games (March 6-11 in Greenland) and playing for the Northwest Territories. To the best of my knowledge, Ally Simpson is the only other (NWT) female I know that did this (NCAA).”

Rentmeister said he can speak from personal experience about the commitment from a parent’s perspective.

“I had two boys going to Notre Dame (well-known Wilcox, Sask. hockey academy), one for two years and another for four years in the past,” he said. “I had to contribute in many ways to allow my kids to pursue their dreams. It is no different for any activity or sport to be able to compete at a level we can’t offer up North.”

Rankin’s father Doug said the family is elated for his daughter.

“My wife Lou, son Mitchell and I are very happy for Victoria,” he said. “She has come a long way through hard work and dedication to her sport.”

“She loved the ice since the first time, as an infant, we put a pair of bob skates under her feet and set her on the Rae Lakes ice road. Victoria and Mitchell both learned to skate in Gameti on my backyard rinks and on a small ice pad I put in the back room of the grocery store warehouse as there were otherwise no rinks in Gameti.”

After moving to Yellowknife 10 years ago, Rankin quickly excelled at hockey to the point where she was able to make the NWT Arctic Winter Games U19 team as a 14-year-old. After moving to British Columbia to attend the Pursuit of Excellence Hockey Academy four years ago, she moved to her current team and is now in Grade 12.

“So yes, lots of sacrifices made by her and her family. We miss her very much when she is away,” dad said. “But she is playing her dream and is off to play NCAA hockey next season and we couldn’t be more proud of her.”