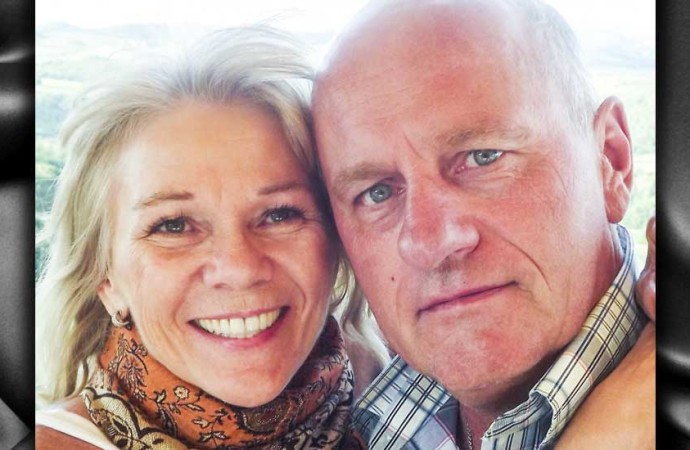 Roxanne and Ricky Robinson in an undated photo.Photo courtesy of Roxanne Robinson/Facebook

From high overhead, “Buffalo” Joe McBryan watched in wonder as the Robinson boys cut across the Northwest Territories like a hot knife through butter.

The owner of Buffalo Airways recalls seeing the Robinson’s Trucking crew, father and company founder Richard and his sons, Marvin, Donny and Ricky building the ice road from Great Slave Lake to Great Bear Lake through the 1960s, ‘70s and ‘80s.

McBryan was among many Northerners saddened to learn Ricky was one of five Alberta men killed in an avalanche near McBride, B.C. on Jan. 29. The snowmobilers were killed when the human-triggered avalanche buried three separate groups of riders in the backcountry about 200 kilometres southwest of Prince George.

“That Robinson family of brothers with their dad, those boys put the ice road through to Great Bear Lake to Echo Bay mine, and north through the barrenlands to what they call Lupin Mine,” he told the Journal. “It was so much different than it is today and I’d be flying the Arctic in the North and I’d watch them as they ploughed through, making the road as they went.”

“They went 300 miles across country with a plough and a grader opening the road, and they had a caboose behind for them all to live in,” McBryan said. “It wasn’t like today, we’re used to the diamond mine roads where it’s like a super-B highway, you know? To head from lake to lake, when you flew by, it looked like a choo-choo train, kind of. This was long before we even knew we had diamonds, so they did it the old school way. That’s what they should be recognized for. We respected what they were able to do at the time with the equipment they had. We were flying overhead, watching them down there, and they were slugging it out pretty good. It was hats off to them.”

Dave MacNevin wrote in Toronto-based magazine Today’s Trucking that he worked with Robinson for five years, describing RTL as the “largest and most successful” ice road trucking company in the world.

“He was a big man with a giant heart,” MacNevin wrote. “Robinson was never one to don a suit or sit at a desk. His years at RTL were in coveralls either fixing a truck or loading it. A hard-working, kind-hearted man, he was famous for helping those in need.”

The avalanche also killed Vincent Loewen, 52, Todd Chisholm, 47, Tony Greenwood, 41 and John Garley, 49, all from Alberta. Most avalanches that occur are caused by the weather, wind, snow, rain or sun stressing the snowpack to its breaking point, according to the U.S. National Avalanche Center. More than 90 per cent of fatal avalanches, however, are declared “human-triggered,” or caused by the victim or a member of their group. In this scenario, weather adds stress to the snowpack until it nearly equals the strength of the snowpack. Then, the added weight of a person provides the final “thump” to initiate a fracture within the buried weak layer.

Robinson is survived by his wife, Roxanne and daughter, Brittney. A celebration of life was held in Stony Plain, AB on Feb. 5. The family asked for contributions to the SPCA of the donor’s choice or the Alzheimer’s Society of Canada in lieu of flowers.

MacNevin said Ricky and Roxanne had been enjoying travelling and visiting friends in recent years. The family sold the business to Tri West Capital in 2006 and shortly after, RTL was joined with Westcan Bulk Transport to form the RTL-Westcan Group of Companies.

It was founded in Yellowknife in 1968 as Robinson’s Trucking Ltd. The company expanded to Enterprise, Peace River and Edmonton, eventually rebranding as RTL Robinson Enterprises and evolving into a transport, construction and logistics company.