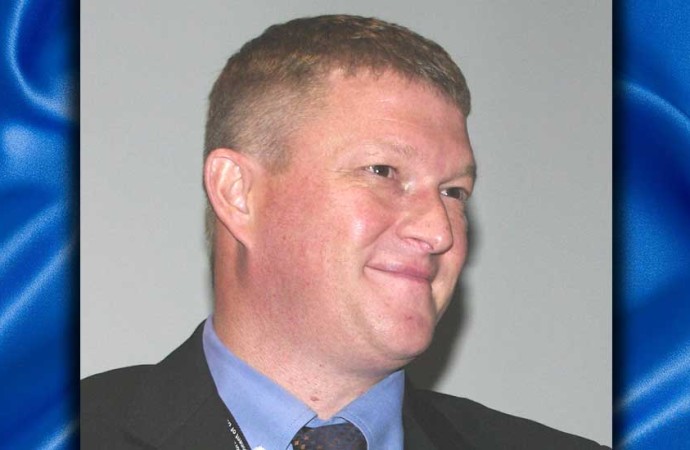 Todd Parsons.Photo courtesy of the UNW.

When the Union of Northern Workers asked the 4,000 GNWT employees it represents for priorities heading into the next round of contract negotiations, sexual harassment and mental health were top-of-mind.

The UNW’s opening proposal for modifications to the collective bargaining agreement (CBA) included definitions of workplace violence and harassment (including bullying) and abuse of authority.

This includes “vexatious behaviour in the form of repeated and hostile or unwanted conduct, verbal comments, actions or gestures, which affect an employee’s dignity or psychological or physical integrity.”

“It was a high priority established by our bargaining conference,” UNW president Todd Parsons said. “What we saw from the locals was language around protection from violence in the workplace, sexual harassment and bullying is of paramount concern for many of our members today.”

Lead negotiator for the GNWT, Shaleen Woodward, agreed a discussion about those issues in the workplace would be “very helpful.”

The negotiating teams have met for seven days already, spending about one or two hours at the table per day and working with their own caucuses in the meantime. There are “10 or 11” UNW members or technical staff on the employee negotiating team, four on the GNWT side.

The negotiators dealt with housekeeping items including grammar and wording changes to the previous CBA, and non-monetary items (ones that do not directly cost the GNWT anything, like job security language) first.

The changes can be subtle, but have the potential to make a big difference.

“It takes us hours to work through just a comma,” Parsons said, adding they have not started talks on costed items such as salary and vacation pay.

Each side’s opening proposals are published online; access them via http://www.unw.ca/government-nwt (scroll down to “Jan. 15”). The GNWT wants to be able to bill employees who take educational leave and either fail to complete the course they intended to, or do not return to their job for at least as long as they were away. It wants to have the same ability for employees who are paid to relocate to the territory and leave after less than a year on the job.

“In a number of cases employees have been moved to the NWT by the GNWT, only to resign a short time after either returning to their original place of hire or accepting employment outside of the GNWT,” the document reads.

The government also wants to be able to hire relief workers across its entire operations. Currently, the CBA limits that ability to facilities that operate year-round.

“Our overall goal is to maintain a sustainable public service,” the proposal concludes. “To do this we need to achieve a balance between investing in employees and fiscal responsibility. We believe that this should be a shared goal between the Union and the GNWT.”

Among other things, the union is seeking improvements to vacation pay, more time off for special leave for the death of an extended family member or to get married, parental allowance, compassionate care allowance, increases to night and weekend shift pay premiums and a $200 winter clothing allowance for outside workers.

The union’s opening proposal also strikes out entirely two clauses relating to the employer’s ability to contract out union work, replacing nearly 100 words with one sentence: “There shall be no contracting out of bargaining unit work.”

The contract expires at the end of March. The sides plan to meet again on March 29 following weeks of more behind-the-scenes work. Parsons said scheduling conflicts are to blame for the gap between face-to-face talks, but that both sides would be communicating and exchanging documents in the meantime, and the UNW would be connecting with the membership.

If talks break down, the process would see the union and GNWT enter into third-party mediation, at which point they would be in a legal strike or lockout position, respectively. The UNW leadership would take it to the membership for a strike mandate vote before taking any job action.

“That would be a considerable time away from today’s date if we have to go in that direction,” Parsons said.