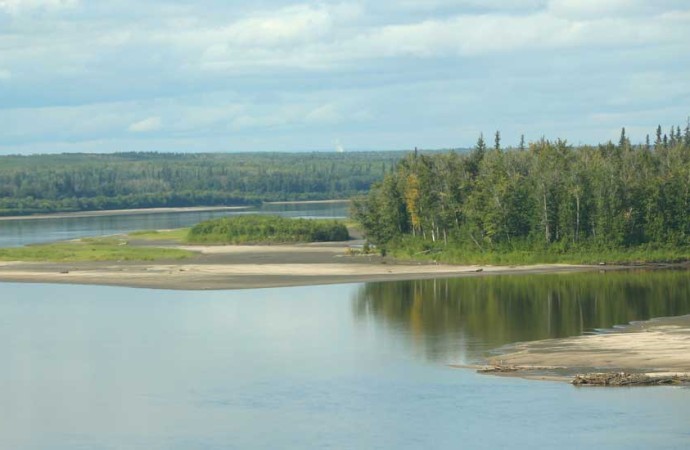 The road to hell is paved with good intentions, and so too was the Lower Athabasca Regional Plan (LARP), the first of seven policies developed by the Alberta government to establish land and water use plans in the province.

Upon a panel review of the policy – as requested in 2014 by six First Nations with territories in the region who stated their treaty rights had been violated – competing interests in northern Alberta were not balanced in the regional plan, allowing the needs of industry to erode the rights, endanger the health and impact the lands of indigenous peoples.

“The LARP sets out a vision that is inclusive of Aboriginal Peoples and, in fact, goes above and beyond expectations for First Nation consultation,” reads the report, which has been released to the involved First Nations but not to the public. “The review panel observes, however, that the actual implementation of this vision falls short, as it doesn’t integrate First Nations in finding a solution. To be frank, what Alberta said it would do, and what it actually did, are very different things.”

The panel’s findings were in line with the concerns expressed by the First Nations, which include the Athabasca Chipewyan, Mikisew Cree, Cold Lake, Fort McKay FN and Metis, Onion Lake Cree and Chipewyan Prairie Dene.

The findings are critical of the LARP, arguing it doesn’t protect Aboriginal culture and creates new conservation areas without referring to traditional land use. There are few protection measures in place. Industry was found to have priority over the constitutional rights of the local indigenous groups.

The report reflects frustrations felt by parties throughout the whole land use framework development process, which began after the LARP’s release in 2012. Jesse Cardinal, coordinator for Keepers of the Athabasca, an activist group dedicated to the protection of environmental and indigenous rights, has followed the proceedings for over two years.

“It was just kind of a common theme in that, whenever there was indigenous input, it was always really good, very valid, and then when they would release the final framework, there really wasn’t much change from the draft,” she said. “I want to know where is our input and feedback reflected? To have this review that we’re talking about today, it validates so much of that. It validates all of the information that was never included in the final draft of the framework. Here is all this information about traditional land use, about co-management, about cultural land use, traditional baselines, the concerns from the First Nations.”

The report was finished in the summer of 2015, but was only distributed to First Nations last month.

“The most frustrating part is that this policy and this framework was utilized as a justification to validate approvals of oil and gas projects within our territories, even though we had filed for a statutory review, even though it was under review,” said Eriel Deranger, spokesperson for the Athabasca Chipewyan First Nation. “Then the findings come out that validate our arguments around the illegality of this policy and the government sits on it, not just sits on it, but sits on it for a very long time and then doesn’t release it to the public.”

She said she is concerned about the government’s motivation in not releasing the report.

Recommendations from the panel include the immediate development of a Traditional Land Use Management Framework.

“Failing to implement such a framework leaves industry, regulators, stakeholders, governments and First Nations asking important questions about Aboriginal Peoples’ constitutionally-protected rights in their Traditional Land Use territories, which conflict with future development activities in the Lower Athabasca Region,” the report reads.

Other recommendations include undertaking a “critical” health study on contaminants in the Athabasca River, as well as a baseline human-health study. The report also calls for the government to stop examining development on a project-by-project basis.

The Alberta Government did not return requests for comment before print deadline, however, Environment Minister Shannon Phillips did speak to the Canadian Press about the matter.

“There are a lot of babies in this particular bathwater and it is not in the public interest to completely scrap the process,” she said. “What is in the public interest is to hear loud and clear what is said about the relationship with indigenous people and work together collaboratively in order to improve on those very clear shortcomings.”

Phillips said there are still ways First Nations can be involved in already-approved projects in order to mitigate their concerns. She added the government will consider the health and environmental studies called for in the report once it is tabled in cabinet.

Mikisew Cree Chief Steve Courtorielle is encouraged with the tone the NDP government has taken on relations with First Nations since the election last May.

“The new NDP government, they’ve made some headways with First Nations,” he said, “which is good and I hope we will  move on from there with the best plan going forward. I’m sure there’s some good policies we can make and have something so we can work together to protect the environment and the best interests of First Nations. The most important thing is that the willingness is there to work with First Nations, and I see a stronger relationship going down the road.”