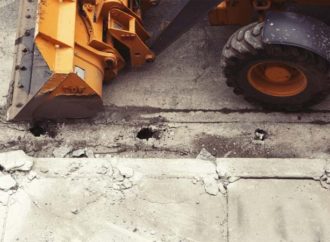 It’s been more than a half-century since the majority of the highway network in the Northwest Territories was built through the national Roads to Resources program.

A means to an end, John Diefenbaker’s Conservatives spent millions between the late 1950s and the early 1960s building the highway from Enterprise to Yellowknife, and the beginnings of the Dempster Highway. The argument for an infrastructure network that effectively shrinks the prohibitive distances of the NWT and makes it more feasible for mining companies to get at those storied stores of diamonds, gold and base metals remains the same, but the conditions are different.

The 1950s were a boom time in Canada, leading to about three decades of economic growth, labour market expansion and the construction of roads needed to get at uranium, which became a strategic metal during the Cold War, plus zinc, lead and tungsten, to say nothing of the gold that helped Yellowknife grow after the Second World War, found in deposits throughout the territory.

The coming decade, by contrast, is not forecast to experience a thirst for non-renewable resources even approaching that scale. In fact, recently announced changes to the way the National Energy Board will evaluate energy projects like pipelines, coupled with the prime minister’s assertion that the federal government will not act as a “cheerleader” for resource projects but evaluate them individually, should be a harbinger for the GNWT.

Still, the 18th Assembly is positioned to spend the next four years hell-bent on building roads that have been on the books since before Sputnik went into orbit, with business cases that could be just as old. The Northern mining industry spent the territorial election campaign reminding the GNWT that it was most to blame for exploration spending petering out in the NWT while it steadily increased in the Yukon and Nunavut. Now they are thrilled Premier Bob McLeod has decided to keep the Industry, Tourism and Investment portfolio, going so far as to anoint him “minister of mines” at a recent conference in Vancouver. There, the premier met with a dozen or more companies already operating in the NWT, saying his focus is supporting what we already have.

This is hardly a recipe for disaster; it is a fact hard as bedrock that we would be cutting off our nose to spite our face to argue we should turn our backs on mining. It accounts for more than 25 cents of every dollar of GDP created in the NWT, which is to say there would not be much of a modern economy in the NWT without it. The recent Snap Lake mine closure notwithstanding, thousands of Northerners proudly go to work every day in the dank and dust of the mines and thousands more drive along the road network ultimately inspired by them.

Moreover, the GNWT may even be in a position to not have to choose between road priorities: the classic debate between expanding the all-weather road network to connect existing mines in the Slave Geological Province (SGP) northeast of Yellowknife or building the Mackenzie Highway from Wrigley to Tuktoyaktuk. The former could extend the life of existing mines and entice companies like Kennady Diamonds, which has been kicking the tires there for more than a decade, to build new ones. The latter would connect communities, lower the cost of living for individuals and could lead to the flowering of a more diversified economy built on a base of regional small-scale entrepreneurship.

With Justin Trudeau’s Liberals building anticipation toward their first budget, promised to be flush with cash for major infrastructure projects across the country, the GNWT may be content to sit back and transform those hundreds of millions of dollars into pavement and paycheques, but they would be well-advised to use this downturn in the commodities market to get creative instead. A road into the SGP may not be a “bridge to nowhere” but the questions posed ostensibly by the Sahtu economic development report commissioned by Alternatives North and released in January ask just that: at this fork in the road, the people of the NWT need to think about what kind of economy they want to see here for the next seven generations.

One of the authors, a consultant from a company based in Edmonton and Victoria, found it “surprising” the premier was still so bullish about resource extraction in the face of such a bear commodities market and, frankly, a post-COP21 world where 195 countries in Paris agreed to get more aggressive on climate change.

Presumably this would mean steering away from sizable investments designed primarily to make it cheaper for private companies to get resources like oil out of the ground when climate science argues they need to stay put if we have any hope of meeting new targets to limit global warming.

One road, the other, or both? Energy charrettes were held in 2012 and 2014 and no focused solutions emerged from them. Perhaps it is time for a Northern summit on infrastructure.