Silliness celebrated on stage in Yellowknife 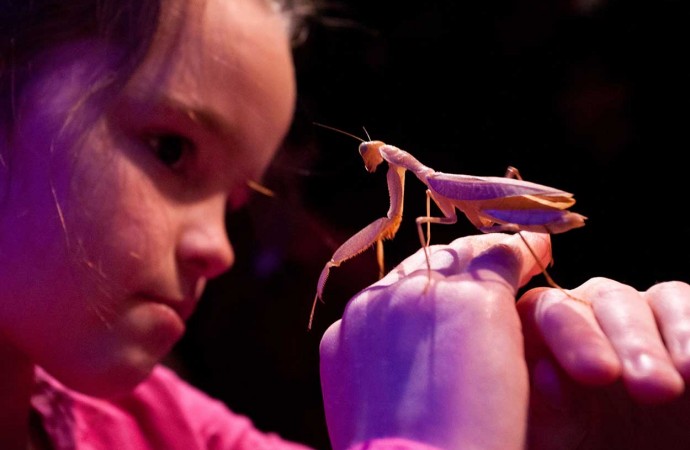 Kaylie Locke-Setter tries to stare down a delicate praying mantis during the Children’s Festival of Silliness in Yellowknife Jan. 30.Photos: Bill Braden.

With hairy critters crawling over bare skin and kids acting out the classic story of Snow White, young people of all ages got a much needed dose of mid-winter fun last weekend on the Northern Arts and Cultural stage in Yellowknife.

The Children’s Festival of Silliness, an annual partnership between NACC and L’association franco-culturelle de Yellowknife, brought professional acts along with indoor fun including face painting and a giant bouncy castle.

Creepiness quickly turned to fascination as entomologist and entertainer Victor Vermette, aka Bill Bestiolle, played with his menagerie of live scorpions, tarantulas, worms and stick bugs, all the while teaching and promoting just how important bugs are to life on earth. He invited kids and adults alike to handle the exotic creatures and experience the tickle and touch as they crawled from one hand to another. It seemed that the youngest ones were the least fearful. 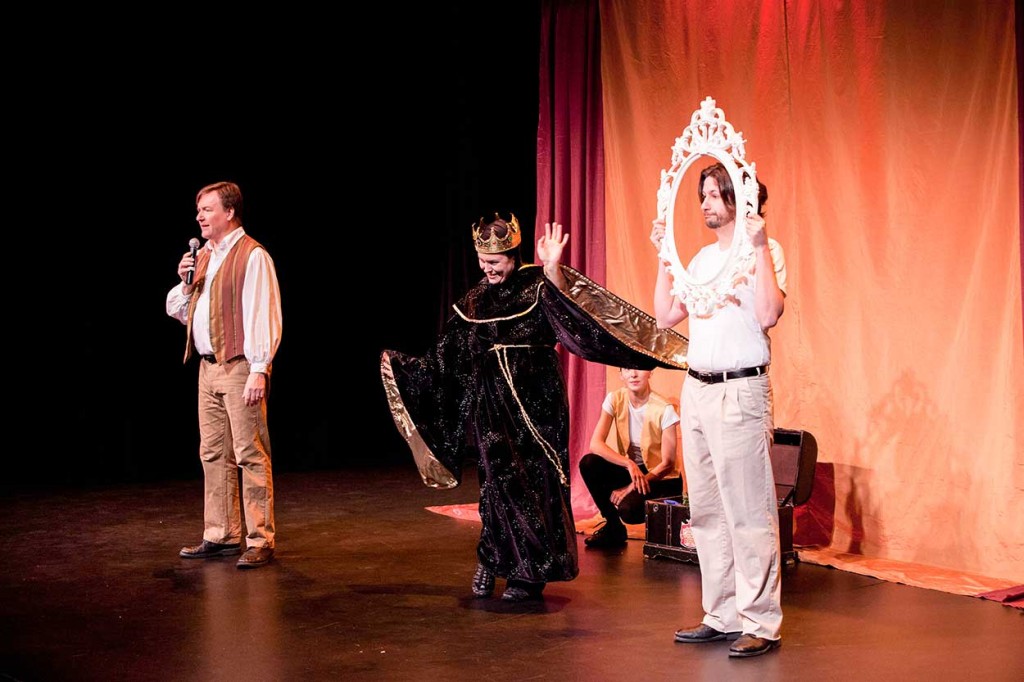 Duffle Bags Theatre’s quick changes of costume and rapid-fire banter kept everyone involved over their hour-long performance of Snow White.

The four-member troupe called Duffle Bag Theatre brought to life the fairy tale Snow White. With a very hip, fast-paced improv-style show that invited several kids up to play various parts, the whole audience got involved with booing the evil queen and cheering on the innocent Snow White.  The show was also taken to Fort Simpson and Hay River early this week. 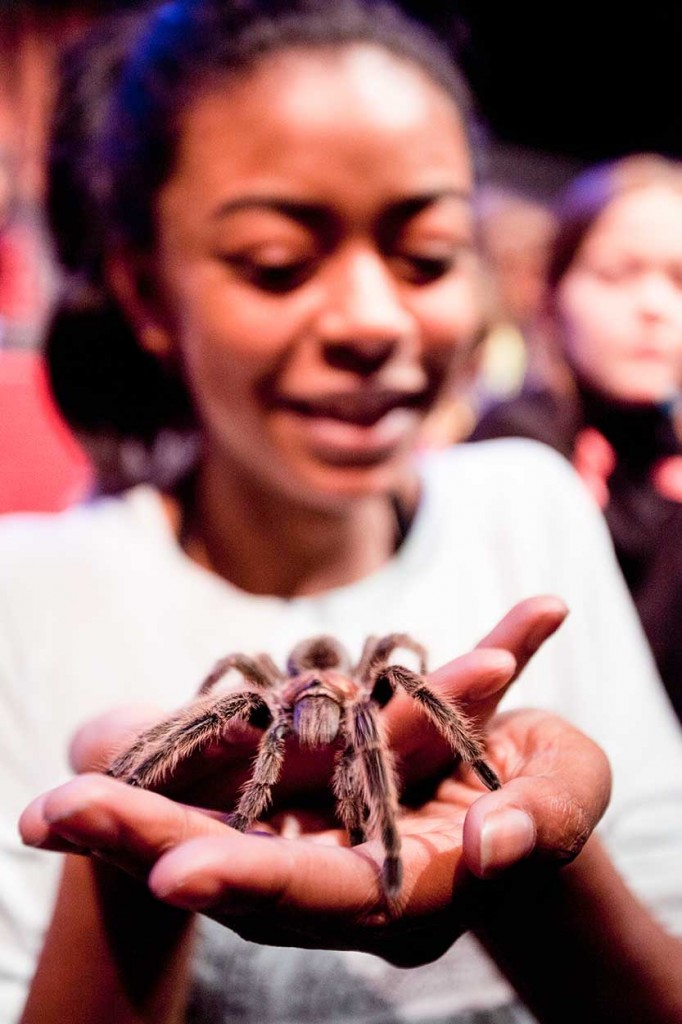 Shenika Robertson channels her Little Miss Muffett with the help of a tarantula. 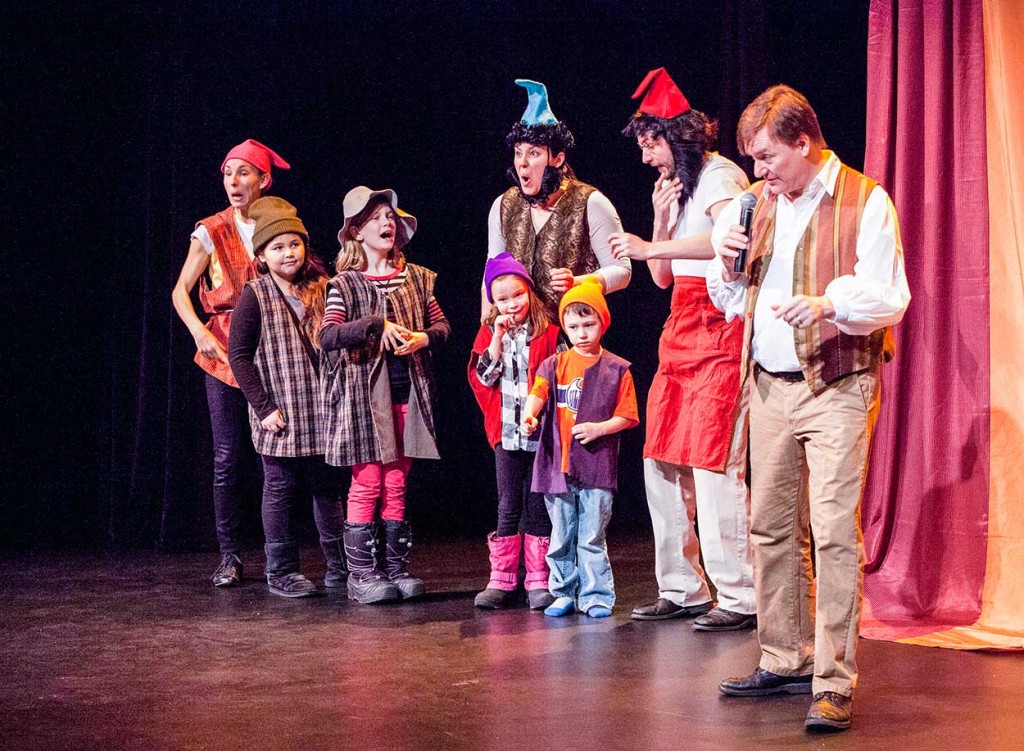