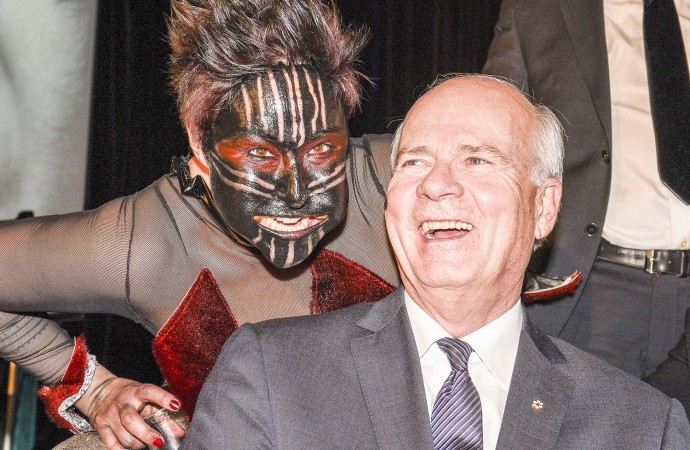 The S. and A. Foundation just cannot help having a little fun while it spends a million dollars.

Funders of the Arctic Inspiration Prize had made it clear that the fourth annual awards would be worth $1 million as they had in each of the previous three, with one, two or all three finalists potentially taking home a piece of the pie.

This was the image in the minds of NWT Recreation and Parks Association (NWTRPA) executive director Geoff Ray and the rest of the folks representing finalists at the Ottawa ceremony on Jan. 27.

So when they announced Nunavut’s Better Hearing in Education for Northern Youth (BHENY) had earned $300,000, the mental counting started and when the NWTRPA and its Yukon and Nunavut counterparts were collectively awarded $600,000 next, the representatives of Nunavut-based Qaggiq: Nurturing the Arctic Performing Arts thought it was all over.

“While it was super-exciting for us, you could see the shoulders of the last group sort of deflate a bit because they were doing the math, thinking they hadn’t won,” Ray said. “Then they came on and said they had found this extra half-million dollars to be able to give a prize to the last group, $600,000 as well. It was a very special night that way, that three significant programs were recognized.”

The NWTRPA’s winning submission was a joint venture between the Recreation and Parks Associations of Yukon and Nunavut called the tri-territorial training initiative and was designed to enhance individual, community and environmental well-being through the power and potential of recreation.

It was nominated by Whitehorse-born Olympic cyclist Zach Bell.

“I’m a big cycling fan so to share a stage with Zach was pretty cool,” Ray said. “We got to hang out most of yesterday and he’s a really amazing guy and he’s got an amazing perspective on being an Olympian from the North and learning in the North, and he’s really dedicated to promoting and advancing Northern sports and recreation.”

Rae said they have been working on the idea to develop a 13-module online and in-person course to help local recreation managers, youth leaders, board members, coaches, fitness leaders, camp counsellors and after school leaders in the North develop enticing programs that make sense in their community.

“It will be about how to develop and deliver high-quality recreation and parks programs that have the potential to improve the quality of life of people in their communities,” Ray explained. “The idea is that recreation has this potential to enhance physical, mental and social well-being and help build community and connect people to their land and their cultures. It takes a strong recreation leader to take charge of that, take ownership and the goal of our program is to provide people with the skills and knowledge to help them do that.”

Ray was humbled to have been chosen a winner from what he saw as a very strong field. The Qaggiq art project will use its winnings to strengthen Arctic culture and subsequently improve resiliency, self-worth, belonging and pride, through a coordinated strategy that includes artist mapping, artist and teacher training, collaborative performance, and mentorship and youth programming. Likewise, the BHENY project for hearing in education hopes to improve the lives of youth with hearing loss through a multi-pronged approach including implementation of classroom-based sound amplification technology, provision of professional development, training and support for educators through a virtual resource centre, improvement of audiology services in the North, and enabling parents and the community to support the needs of children with hearing loss.

“To be included as a finalist in the AIP was significant in its own right,” he said. “Looking at the other two project overviews, we thought we were in tough, they were great (ideas) as well. It’s all important work. So last night when they made the announcement, we just started laughing. It was incredible.” 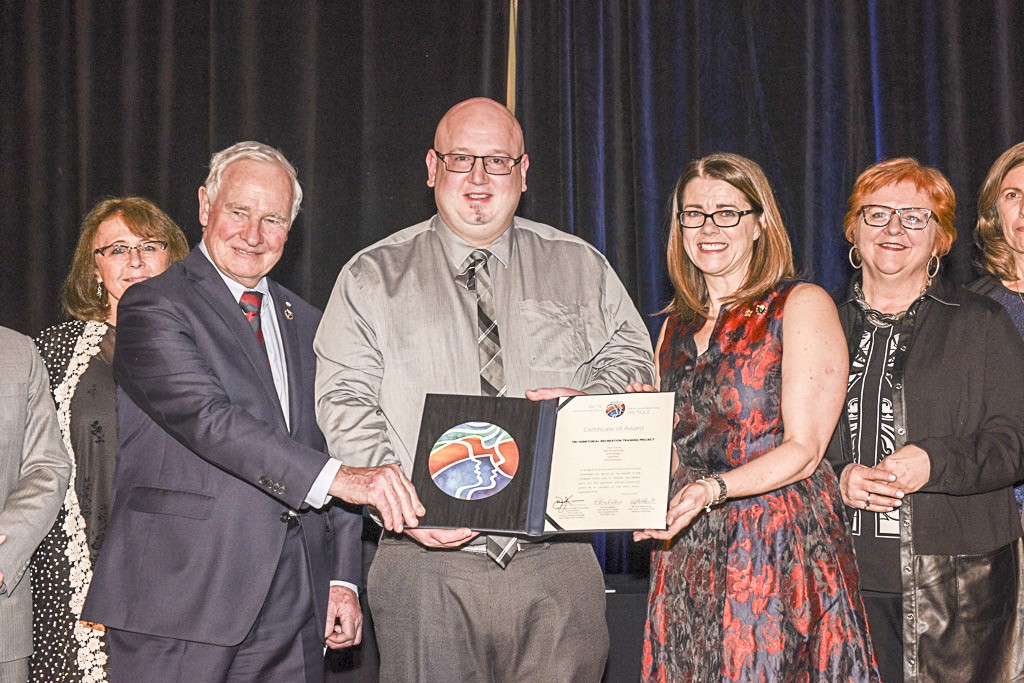 Photo: Photos courtesy of S. and A. Foundation