UAlberta North picks up where Circumpolar Institute left off 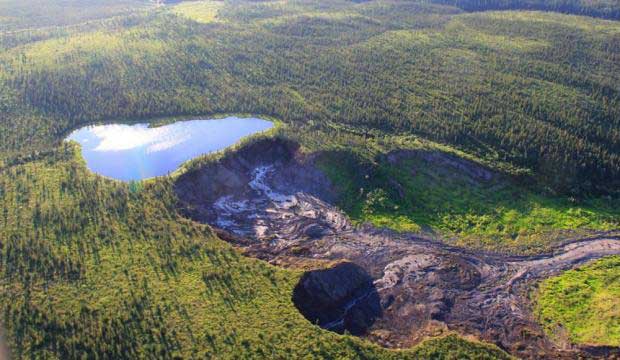 At its launch on Feb. 1, the UAlberta North office hosted a panel, where academics, students, filmmakers and Indigenous peoples of the circumpolar North shared their stories and their expertise.

“It showcased a real diverse set of relationships and a really vibrant student presence,” he said. “We had a panel that looked at traditional knowledge, science and public policy with great range.”

UAlberta North, an extension of the University of Alberta, is the institution’s most recent “commitment to the North,” and promises to bring together a variety of cohorts to “facilitate research and build profile” on Northern issues.

At this time, the university itself reportedly has over 100 researchers studying a variety of Northern issues, including “ecology, anthropology, climate and climate-change adaptation, cross-cultural medicine, design, environmental impact, food security and nutrition, ice and water, Indigenous knowledge, Inuit literatures, library and information studies, outdoor education, polar bears, public health and Scandinavian studies,” according to one release from the school.

The new office builds on the legacy of the retired Canadian Circumpolar Institute which, until 1990, was known as the Boreal Institute. Throughout its six decades of existence under one name or another, the body has been one of only a few research institutes dedicated to applied northern research.

Unlike its predecessors, UAlberta North itself is not a research institute.

“Some serious decisions had been made about the Circumpolar Institute more than two years ago and it was kind of limping along and partly because it was in the box called ‘research institute,’” Epp said. “I worked in senior administration in the university (but) I wasn’t there when the decisions were made, they were made during one of our (occasional) periods of periodic budgetary crisis. I started asking people, what was it we need? There was a sense that maybe the university was not giving priority to the North or was not institutionally interested and I started poking around and I found researchers in almost every faculty, professors with serious ongoing (Northern) research relationships and interests.”

The new UAlberta North office is set to be a sort of hybrid version of the CCI, one that will function as a network for Northern academics and their regional partners, with closer oversight and direction from the university.

“We will support researchers, we will find ways to pull them together, we will make sure we are continuing the university’s support for students so that they can spend time doing fieldwork and related research and community reporting throughout the North,” he said. “We can also, I think, find ways to amplify Northern voices, which is what we were doing on Monday night, by having Northerners participate really well in a panel around issues that I think are part of the next generation’s challenge.”

Some of the office’s partners in the NWT include Dechinta Bush University, the Aurora Research Institute and Aurora College and the GNWT.

“On several fronts, the U of A is leading the nation and world in Northern research, in teaching and in building lasting partnerships into northern communities,” said University of Alberta president David Turpin. “UAlberta North is the next chapter in that proud history.”

The timing of the launch coincides with several recently launched initiatives, and is in perfect alignment for potential future projects.

Recently, the U of A acquired the national ice core archive from the federal government, which is set to arrive on campus late next year.

Last fall, the university also formed a partnership with the City of Edmonton and the Edmonton Chamber of Commerce to strengthen ties to the North, called the Northern/Circumpolar Initiatives Secretariat.

It aims to position Edmonton as a “vital social, economic and cultural link to the Yukon and Northwest Territories,” as stated in the organization’s business plan. The city poured $194,000 into the project to be spent over three years.

“Part of the challenge in a big university is to make sure and find ways for people to connect with each other, so they know what each other is doing and sometimes that can pull together a support network.”