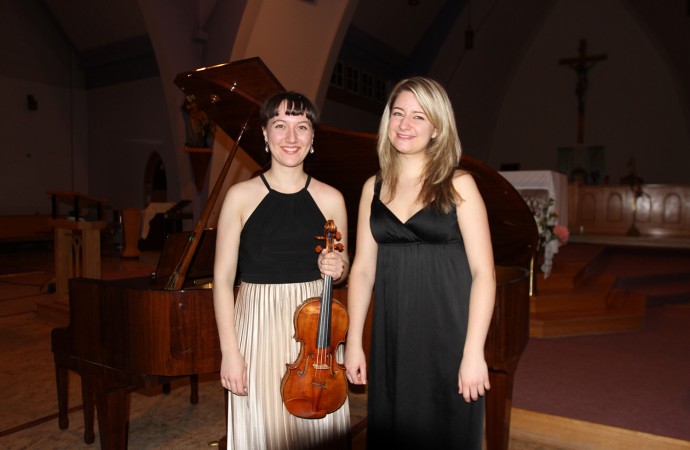 Music lovers in Yellowknife and Fort Smith received a treat last week witnessing the talents of Yolanda Bruno and Isabelle David, whose superlative performances on violin and piano enthralled audiences.

Music lovers in Yellowknife and Fort Smith received a treat last week witnessing the talents of Yolanda Bruno and Isabelle David, whose superlative performances on violin and piano enthralled audiences.

They performed at the Northern Arts and Cultural Centre in Yellowknife Saturday night and to a good crowd in St. Joseph’s cathedral in Fort Smith Monday evening.

Bruno, violinist and chamber musician, and David, a solo pianist, first met when studying music at McGill University. The talented young women, both in their twenties, quickly became recognized as accomplished artists, each winning multiple awards. Bruno has played solo performances for the National Arts Centre Orchestra and the Montreal Symphony Orchestra. She has also worked in community development and outreach, performing in schools and rehabilitation centres.

David has toured North America and Europe, including shows at Carnegie Hall.

Their friendship is reflected in the obvious fun they have playing together and the synergy in their music is a delight to listeners. That interplay was particularly apparent in sonatas by Mozart and Beethoven.

Beyond two lengthy classical numbers they also offered up the saucy piece “It Ain’t Necessarily So” from Gershwin’s musical Porgy and Bess. Their rendition of Bartok’s Romanian Dances had an Eastern European flair to it, intertwined with lilting tones of Romani music.

Bruno throws herself into her music, eliciting the crispest notes and dramatically drawing the bow against the strings. “Spine tingling” is an apt description of her artistry.

David’s prowess on the piano is impressive, at times aggressively confronting the keys, yet also capable of soft, subtle touch. Perhaps the most outstanding of the pieces was one by Bartok entitled Sonata No. 2. Wild, even frenzied, it challenged the two performers, but they delivered with gusto.

“Wow” was the word on many lips at the amazing piece. 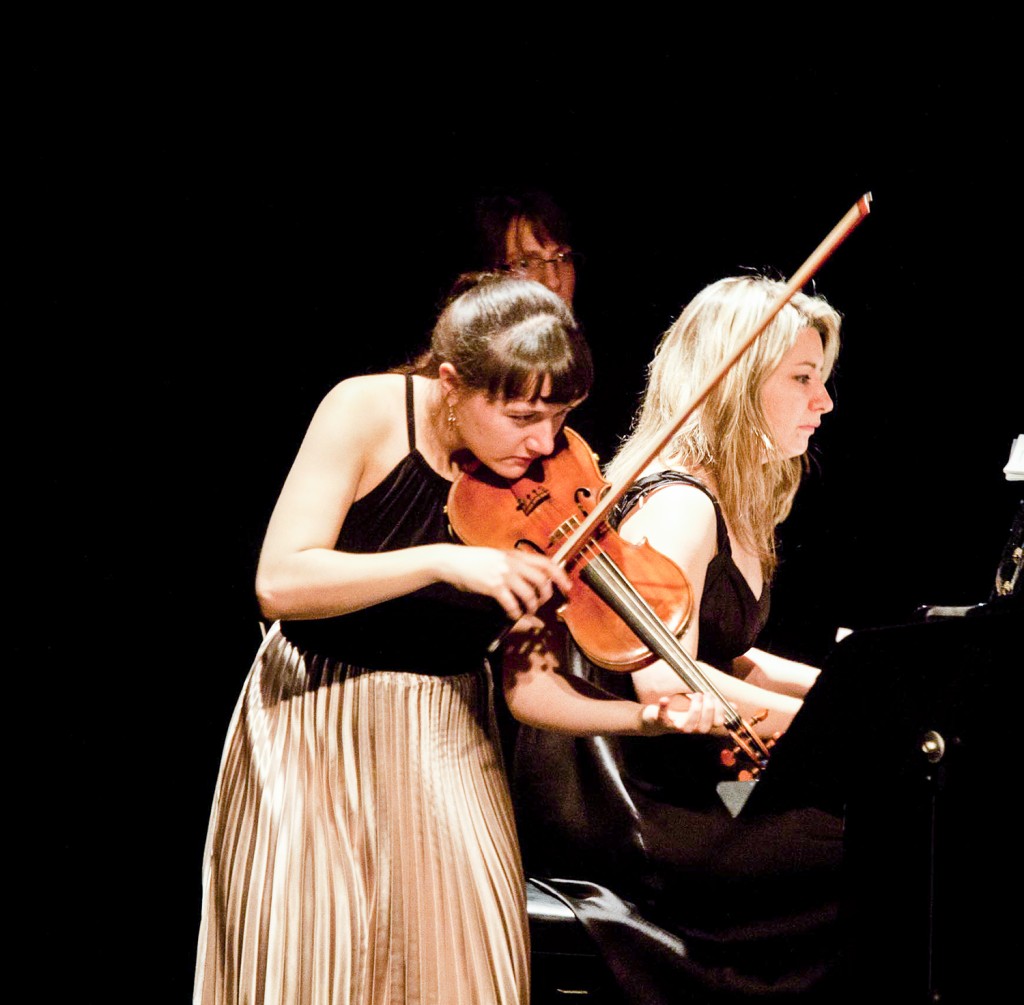 Bruno and David in tight formation in Yellowknife Saturday night.

Bruno brought a friend to enhance the performances, a 316-year-old Stradivarius violin. She said the NWT is probably the coldest and driest place it has ever been, half a world away from its medieval home in Italy. When its tuning slipped due to the dryness in the middle of a piece, shocking the performers, they rose to the occasion and re-tuned on the fly. The instrument is on loan from the Canada Council for the Arts and is valued at $5.5 million.

The performance in Fort Smith Sunday night was the last Northern Canada stop for the pair as they headed south the next day to go their separate ways. Both plan an immediate return to school, Bruno to her postgraduate studies at London’s Guildhall School of Music in England and David to her master’s degree at the New England Conservatory in Boston.