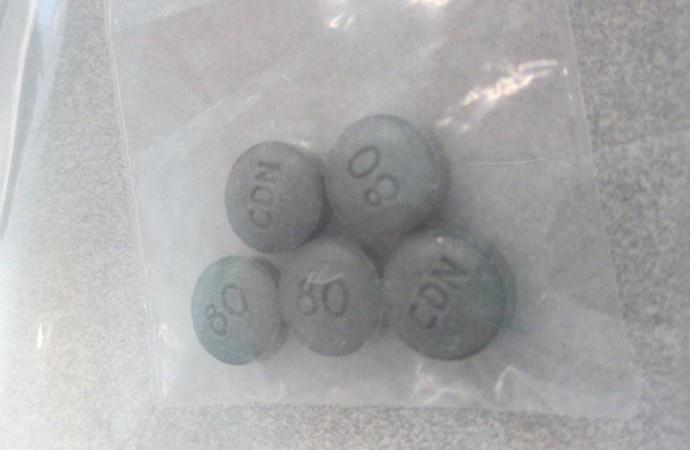 A near-overdose involving the dangerous new super-painkiller fentanyl has the GNWT’s department of Health working to expand the availability of a proven life-saving antidote.

Deputy minister of Health and Social Services Debbie DeLancey told the Journal the department began working with the NWT’s eight health authorities to determine which centres would be capable of stocking naloxone, which instantly reverses the effect of an opioid overdose, and how many have trained staff to use it after the RCMP reported a near-fatal fentanyl overdose in Yellowknife on Feb. 16. Currently there are medical staff trained to administer naloxone in the capital, Inuvik and Behchoko.

“We’ve been aware of opioid addiction being a problem increasingly, although we don’t have statistics at this point in the NWT. But the fentanyl crisis, it has sort of been in the last year that it’s been on our radar screen,” she said. “We’re working to make sure we get to a stage where every region has naloxone available. It’s early in the process. In other regions, they are at various stages of having scheduled training for staff to use it, or not having scheduled (yet), in which case we’re now sort of aggressively working with them to get that done. In some cases we haven’t heard back. In the regions I haven’t mentioned it’s a matter of still gathering the information as opposed to definitely saying ‘it’s not there.’”

DeLancey expected to have a clearer picture sometime this week.

“It’s a big system and we have eight authorities so sometimes it takes time for us to get information, but we’re treating this as urgent so we’re pulling that together right now.”

DeLancey said prescription drug abuse was a hot topic at a health ministers forum in Vancouver in January.

“One of the benefits we get from those national meetings is being able to learn from best practices,” DeLancey said. “So we’re in the early stages of setting up a prescription drug monitoring program. This is an issue all the health ministers are concerned with for sure.”

In other jurisdictions such as Ontario, a monitoring program allows health professionals to track when prescriptions of controlled substances like fentanyl are issued and when a patient has filled it.

“They are also able to track trends, so for example if a patient is shopping around and seems to be getting an opioid prescription filled within a week at three different pharmacies, the red flag would pop up,” DeLancey said.

Some jurisdictions use an electronic system, others are still on paper. DeLancey said the department has to decide what system would work best in the NWT. An electronic system may sound more advanced, but it would be about two years before it could be implemented. Not all of the health authorities are on the same software platforms so to create a territory-wide system would require a lot of patching.

A “legislative barrier” related to privacy kept the GNWT from creating a common system earlier. The MLAs of the 17th Assembly paved the way for a central information-sharing system when they changed the Pharmacy Act to set the stage for the creation of regulations that allow the monitoring of prescription drug use.

DeLancey said social marketing and awareness programs sponsored by Health and Social Services and designed to warn children of the dangers of drug abuse may warrant a re-working. In particular My Voice My Choice, a social media campaign that ran from 2011 through 2015, is being updated.

“In terms of response, we invest a fair amount in prevention and promotion, public health programs, wellness programs, trying to work in the schools (and) trying to do awareness programs for youth,” she said. “Those have tended not to this point to be directed specifically either to opioids or fentanyl and it may be time to look at some more targeted prevention and promotion.”

Changing the face of addiction

NWT chief coroner Cathy Menard told the Journal to date in 2015 there has been one overdose death where fentanyl and another drug were in the deceased’s system. In 2014, fentanyl was blamed directly for one fatal overdose in the NWT.

By comparison, 272 people were killed in fentanyl-related overdoses in Alberta in 2015, prompting the NDP government to make naloxone more accessible to emergency workers and easier to administer for healthcare professionals like nurses. They also allow Albertans to take free naloxone kits home from a pharmacy with a prescription from their doctor or a participating pharmacist so friends or loved ones will have them at-hand if they overdose.

By the time Mounties seized fentanyl in Yellowknife for the first time in the spring of 2014, the next-generation painkiller was well-established in the capital, reshaping the drug scene in a way not yet seen in the Northwest Territories.

Evidence of the drug’s prevalence elsewhere in the territory is harder to come by. The GNWT department of Health, RCMP and chief coroner’s office each told the Journal digging down into incidents of emergency room admission, overdoses or deaths, or criminal charges directly related to fentanyl would be time-intensive.

For example, an officer may record that a person was charged with possession of fentanyl, or write simply that they issued a generic Controlled Substances Act infraction. To confirm whether it was fentanyl they were accused of carrying, an officer would have to open every drug charge file and check it manually. Likewise for toxicity results from Stanton Hospital’s emergency department.

Media relations officer Constable Elanore Sturko said the RCMP has made several seizures of personal amounts of fentanyl and has also laid trafficking charges against at least four people in Yellowknife since 2014, including William Castro, who was charged with cocaine and fentanyl trafficking after police seized nearly 600 counterfeit Oxycontin pills and other drugs in April 2015. He was sentenced to six years in prison on Dec. 21.