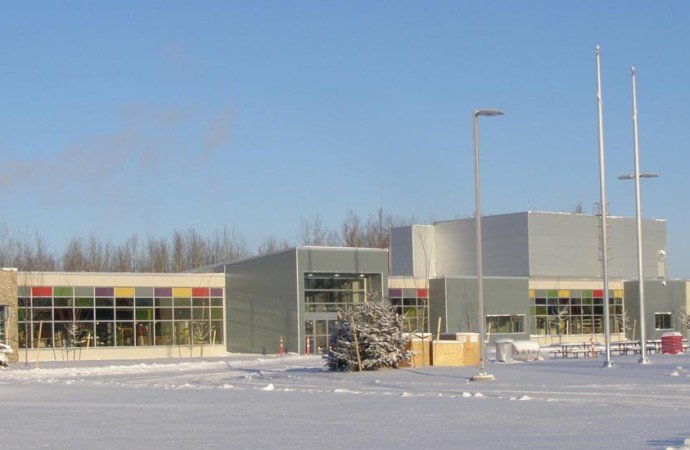 The new $50 million, 74,000-square-foot Hay River Regional Health Centre opened partially to the public on Mar. 4. The medical clinic was the first service to move out of the H.H. Memorial Hospital; others including the emergency and x-ray imaging departments will transition over the next three months.Photo courtesy of HRHSSA.

March will bring more than the luck of the Irish to Hay River as the town’s new health centre finally gets up and running.

Since Jan. 4 employees of the Hay River Health and Social Services Authority (HRHSSA) have been moving furniture, fixtures, equipment and supplies into the new Hay River Regional Health Centre. On Mar. 4, the medical clinic will open to the public in its new $50 million, 74,000-square-foot home.

They are also installing a security system and patient data software and hammering out how the workflows in the new building will differ from the day-to-day at H.H. Williams Memorial Hospital. 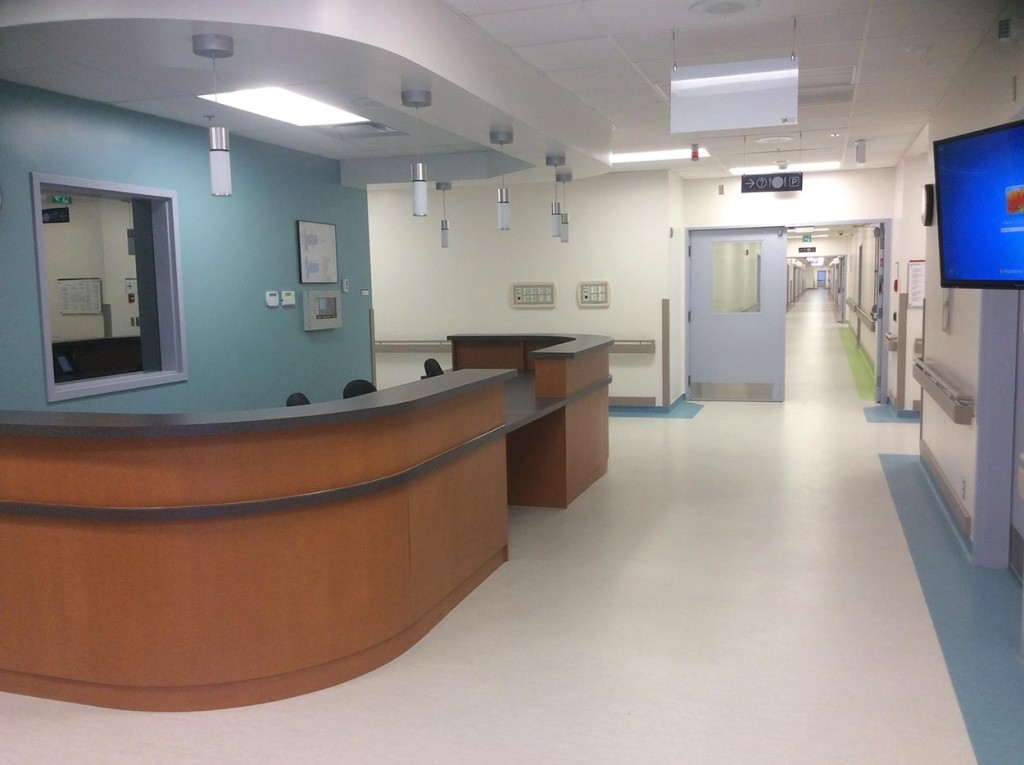 “It’s going to be different because of the layout,” HRHSSA acting CEO Erin Griffiths said. “The clinic is included with us in one building as well, so that’s going to be a new aspect. So how we’re going to have a patient flow move through the new building is going to be totally different from how we handle clients now.”

Not all of the services housed at H.H. Williams are moving. Public health, social services, community counselling, human resources and finance will remain.

“Our working relationship with those departments specifically also had to be re-established,” she said. “Our level of care will continue to be at as high a standard as we are right now. We’re not losing or adding any services, we’re just moving and it’s our job to ensure there is very little impact to clients.” 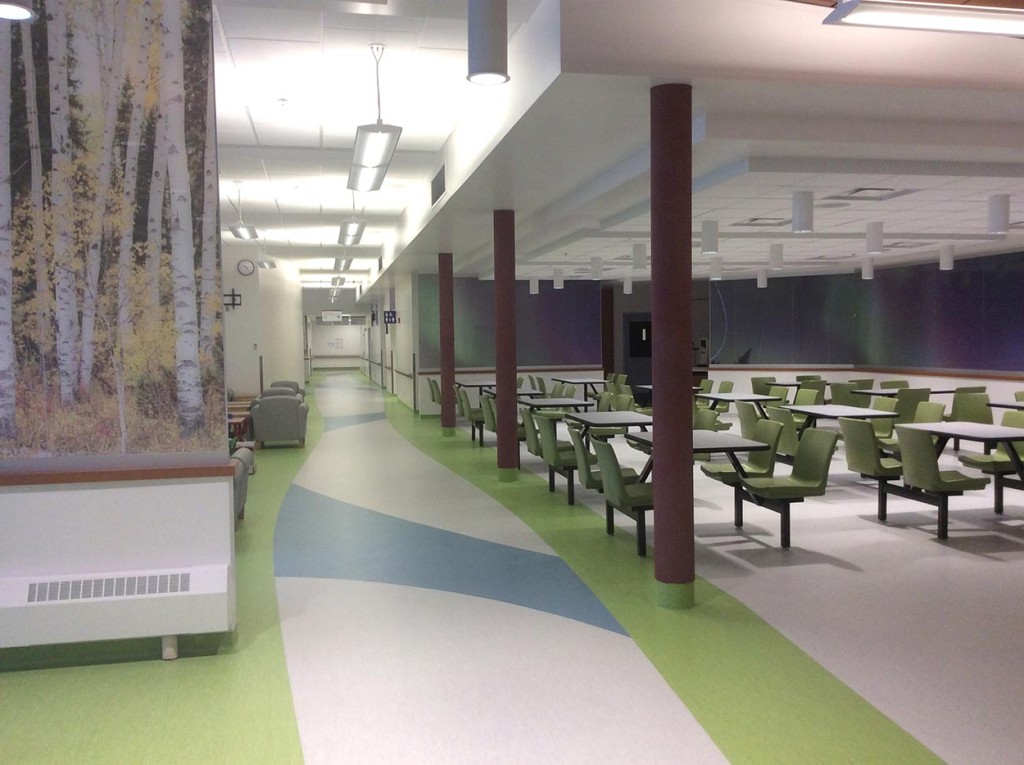 The HRHSSA has 168 full-time, 27 part-time and approximately 50 casual employees according to Griffiths. Those that work in the emergency department will be eager to move into the new digs, which feature an enclosed ambulance bay.

“All transfers will take place inside the building, which is pretty exciting for us,” Griffiths said, “especially when it’s 40 below in the middle of January.”

They are also anxious to get the new building fully functional. Griffiths said services will be phased in and exact dates and more information about each transition will be released to the public closer to the move.

As mentioned above, the first service to move was the medical clinic, which will re-open at 8:45 a.m. Mar. 4. The new health centre will be open at 8 a.m. Monday to Friday; both it and the clinic will close at 5 p.m.

Griffiths expects the entire move to take about three months, with the last services to leave H.H. Memorial being the laboratory, x-ray department and emergency department with the drive-in ambulance bay waiting for it. 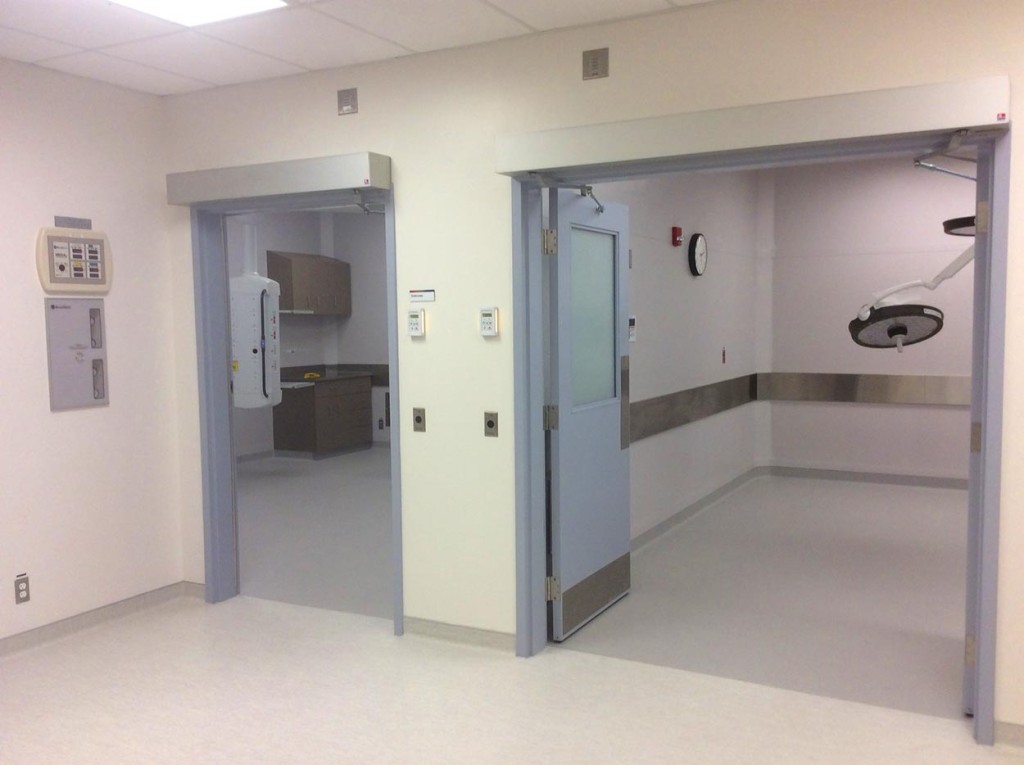 “It’s a little unnerving because it is a really large change for us, but people are really excited,” she said. “We have our systems and processes in place, it’s a state-of-the-art facility and they’re really looking forward to working in the new space.”

Many others in the town are looking forward to seeing the new hospital as well, according to Mayor Brad Mapes.

“It’s great to see that we’re starting to make the move over there,” he told the Journal. “It’s something the community needed, to upgrade our medical facility. People are wondering when it’s going to open, and now that we’ve made the announcement on the timeframes, it’s all positive. It’s going to be a bit of a challenge to get the move over with, but Erin and her staff at the hospital have been pretty impressive with the layout and the timeframe with what they’re doing. We’re working on what we can do with the recreation centre and with the hospital, they are definitely going to be great things to show off for our community.”