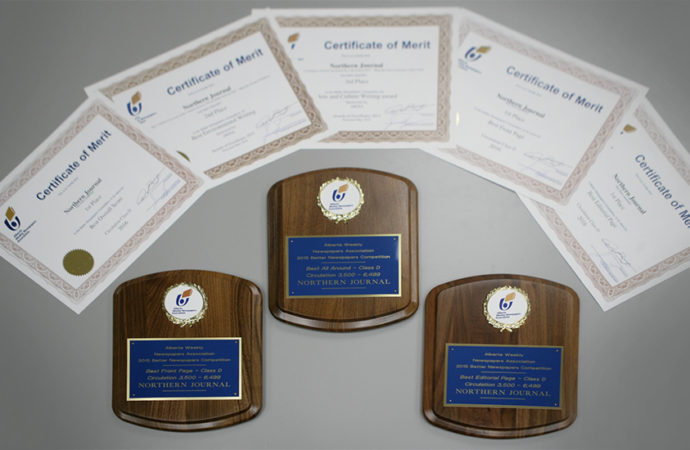 The print edition of the Northern Journal received numerous awards at the Alberta Weekly Newspaper Association’s (AWNA) annual convention in Edmonton in late May.

Each year AWNA’s members gather from across Alberta and the Northwest Territories for the gala and symposium, and the much anticipated Better Newspapers Competition where a jury panel judges the performance of members from the previous year.

Members submit articles that fit different categories months ahead of the convention.

The Northern Journal was competing in the toughest class of all, those newspapers with a circulation of 3500 to 6499 (ours was just over 5000). Despite the stiff competition, we received the following awards:

The awards and accolades were bitter-sweet for the Journal’s owners and staff, who were proud of the recognition for their good work, but saddened by the demise of the in-print edition of the Northern Journal, which had to be terminated do to a lack of advertising support.